Your Dreams May Stave Off Dementia 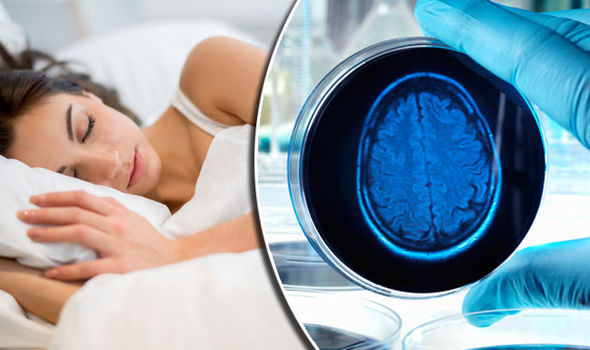 We all know the value of a good night’s sleep; it’s linked to our physical and mental health, and quality of life. Yet, 30 to 35 percent of adults have brief symptoms of insomnia, where they struggle to fall asleep or stay asleep as they toss and turn, snore and even sleepwalk during the night. Now, researchers at the Boston University School of Medicine suggest poor REM (rapid eye movement) sleep is linked to a higher risk of developing dementia.

People who took longer than 90 minutes to enter REM sleep — the last stage in the sleep cycle where sleep and dreaming are more common — were more likely to develop dementia. Moreover, they only spent 17 percent of their sleep dreaming compared to 20 percent of people who did not develop dementia. Each percentage reduction in REM sleep was linked with a nine percent increase in the risk of dementia from all different causes, including head injury, stoke, brain tumor, and more; and an eight percent increase in the risk of Alzheimer’s dementia, with symptoms including a decline in memory, thinking and reasoning skills.

“Different stages of sleep may differentially affect key features of Alzheimer’s disease. Our findings implicate REM sleep mechanisms as predictors of dementia,” said Matthew Pase, Ph.D, fellow in the department of neurology at BUSM, in a statement.

Pase emphasized the correlation between lower REM sleep and dementia is not associated with participants’ cognitive impairment at baseline or those who developed dementia within the first three years of the study. In other words, poor REM sleep is not a consequence of early dementia. Rather, REM sleep could increase the likelihood of developing the disease over time.

Although the mechanisms that link REM sleep and dementia are not fully understood, Pase believes anxiety and stress may play a role.

“You might have this effect of, say, high stress levels interrupting sleep and contributing to dementia, and then compromised sleep might further increase the risk for dementia,” Pase told Medscape Medical News.

Also, he believes a lack of REM sleep and dementia could partially be explained by sleep disorders, like sleep-disoriented breathing. When researchers excluded participants with a higher degree of arousal from REM sleep due to hypopnea — abnormally slow or shallow breathing — the link between low REM sleep and dementia was reduced, but not significantly.

“So there might be some role in the association of sleep-disordered breathing, but it doesn’t seem to explain the whole picture,” said Dr Pase.

In the study published in Neurology, the researchers used data from the Framingham Heart Study (FHS), where Pase was an investigator. A total of 321 participants over the age of 60 who underwent an overnight sleep study between 1995 and 1998 were observed. The percentage of time spent in different sleep stages, as well as sleep efficiency and other factors were considered. Cognitive screenings were also performed.

These participants were followed for an average of 12 years to assess their risk for developing the disease. Over the follow-up, there were 32 cases of all-cause dementia and 24 of dementia Alzheimer’s disease.

The findings revealed the link between lack of REM sleep and dementia exist, but further research is needed to extrapolate these results to a larger sample size. The study does add supplementary evidence on the relationship between sleep quality and dementia onset. However, studies have only shown it’s an association; there’s still not a cause and effect established.

In any case, improving our sleep quality can help with other aspects of our lives. A 2011 studypublished in Mental Health and Physical Activity found people can sleep significantly better and feel more alert during the day if they get enough exercise. In fact, 150 minutes of moderate to vigorous activity a week led to a 65 percent improvement in sleep quality for men and women between the ages of 18 and 85.

Getting little sleep is harmful for brain health, but also getting too much sleep has been linked to conditions like dementia. A study earlier this year found sleeping consistently for more than nine hours a night can increase the risk of dementia accompanied by smaller brain volume and poor executive function. People who slept more than six hours a night had six times the risk of developing dementia in 10 years compared to those who slept for less.