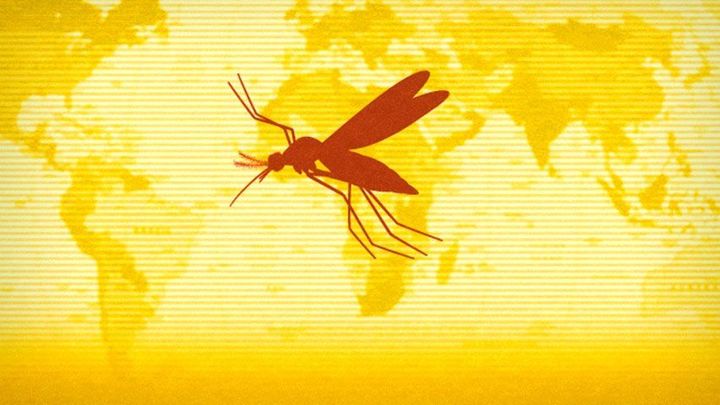 It is an acute, systemic disease, meaning that it starts suddenly, and it affects the whole body. The Flavivirus causes yellow fever.

The virus is transmitted by mosquitos, mainly the Aedes and Haemogogus species.

It is most likely to occur in tropical and subtropical parts of South America, parts of the Caribbean, and Africa. It rarely affects American travelers.

An outbreak is currently underway in Brazil, and the Centers for Disease Control and Prevention (CDC) has in place a level 2 alert for travelers.

Fast facts on yellow feverHere are some key points about cold yellow fever. More detail and supporting information is in the main article.

Yellow fever is spread by mosquitos.

Mosquitoes spread yellow fever. It can affect monkeys and humans.

If a mosquito bites a monkey that has the fever, they can pass it to humans. This can lead to outbreaks.

After having it once, a person is generally immune, meaning that they are unlikely to have it again.

Yellow fever can occur in settlements close to the jungle, where infected monkeys and mosquitoes live, and it can spread from there.

Most people with yellow fever do not develop symptoms, or the symptoms are very mild.

Yellow fever has an incubation period of between 3 and 6 days, so it takes from 3 to 6 days for signs and symptoms to appear after a person is infected.

The disease cannot spread among humans. Only infection-carrying mosquitoes spread the disease to humans.

The main symptoms of yellow fever are a high temperature, a slow pulse, albuminuria, jaundice, congestion of the face, and hemorrhage, or bleeding.

Signs and symptoms are categorized into two stages:

In the early, acute stage, the individual may experience:

These symptoms usually disappear within 7 to 10 days.

These symptoms usually improve after a few days, but around 15 percent of people enter a second stage, or toxic stage. The symptoms are more severe, and they may be life-threatening.

Yellow fever gets its name from the symptoms of jaundice.

Between 20 percent and 50 percent of people who develop toxic stage symptoms die within two weeks.

Within 7 to 10 days, yellow fever is fatal in around half of all people who enter the toxic phase.

Those who recover do not generally have any organ damage and are immune for life.

It is transmitted by mosquito bite, usually the Aedes aegypti mosquito. The mosquito becomes infected by biting an infected human or a monkey. An infected mosquito is a source of infection for the rest of its life.

Mosquitos can pick up yellow fever from the monkeys that inhabit the jungle canopy, or from infected humans.

Apart from mosquitoes, the only other known hosts of the virus are primates and humans.

The flavivirus is believed to be endemic among monkeys that live in the tree tops of the jungle, known as the jungle canopy, in many parts of Africa and the Americas.

If the infected mosquito passes the flavivirus on to a person who is in the jungle, that person may become a source of infection when they return to their community. They can go on to infect other people.

Anybody who travels to an area where the yellow fever virus is present is at risk of becoming infected.

These areas include parts of Africa, especially sub-Saharan Africa, tropical South America, and some parts of the Caribbean.

Travelers should check if the area they are visiting requires a vaccination. A yellow fever vaccine taken 10 to 14 days before traveling provides effective protection from the disease.

Diagnosis will be confirmed after the doctor detects the signs and symptoms and carries out a blood test.

A blood test is necessary because other diseases have similar signs and symptoms.

A blood test may reveal the virus, or it may detect antibodies that the body produces when the virus enters the body. A blood test may also reveal a drop in white blood cells, or leucopenia, another sign of infection.

There is no effective antiviral medication to treat yellow fever, so treatment consists of supportive care in a hospital.

This includes providing fluids, oxygen, making sure blood pressure is adequate, replacing lost blood, kidney dialysis if there is kidney failure, and treating any secondary infections.

Some patients may be given plasma transfusion to replace proteins that help with clotting.

The patient should be kept away from mosquitoes. If a mosquito bites the patient, they will become infected and then pass the disease on to other people.

They should not use aspirin and non-steroidal anti-inflammatory drugs (NSAIDs) because of the risk of bleeding.

In 2014, a study published in the journal PLOS Neglected Tropical Diseases reported that changes in white blood cells could signal an early sign of fatal yellow fever. This, say the scientists, could lead to better diagnosis and treatment.

In the past, yellow fever devastated communities, including those in the United States (U.S.) and Europe. In the middle of the 20th century, scientists developed a safe and effective vaccine that prevents yellow fever.

The yellow fever vaccine protects against yellow fever for at least 10 years and should be administered before visiting a region for the first time in which someone can catch the disease.

Anyone traveling to an area where yellow fever is known to exist should find out about having the vaccine at least 10 to 14 days before departure.

Some countries may insist on a valid immunization certificate before a person can enter.

A single vaccine dose provides at least 10 years’protection, and the person may be protected for life.

Side effects may include:

The vaccine is deemed to be safe for patients aged between 9 months and 60 years.

The following groups of people should not have the vaccination:

Any patient over 60 years of age should discuss whether to have the vaccine with a doctor.

It is important for travelers to have the vaccination, to increase their protection and avoid spreading the disease to others. Some immigration authorities will not allow travelers to enter a country without a valid vaccination certificate.

After 30 days, 99 percent who receive the vaccination have complete protection.