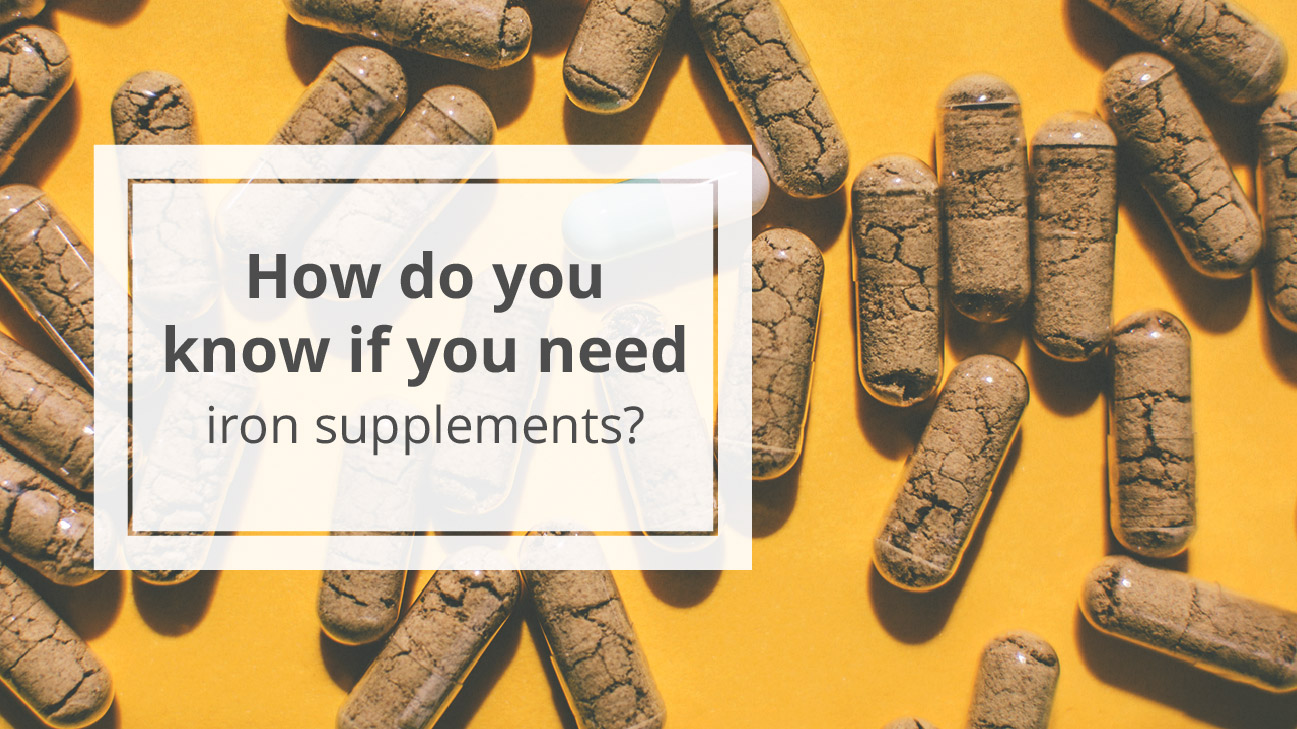 Iron is a mineral that’s vital to your health. All of your cells contain some iron, but most of the iron in your body is in your red blood cells. Red blood cells transport oxygen from your lungs to the organs and tissues throughout your body.

Iron has a role in creating energy from nutrients. It also contributes to the transmission of nerve impulses — the signals that coordinate the actions of different parts of your body. If you have more iron than is needed, it’s stored in your body for future use.

The average American gets all the iron they need from the foods they eat. But there are certain situations and conditions that may make it necessary to add supplemental iron to your diet.

You have iron deficiency anemia

Symptoms of anemia include:

Iron deficiency anemia is the most common form of anemia in the United States. Almost five million Americans have it.

Common causes of anemia include:

Women who aren’t pregnant or nursing need to take in 15 to 18 milligrams of iron daily. Women who are pregnant need significantly more iron. According to the National Institutes of Health (NIH), the recommended dietary allowance of iron for pregnant women is 27 milligrams per day.

Don’t double up on your prenatal vitamins if you’re concerned that you’re not getting enough iron. This could cause you to get too much of other vitamins, and may hurt your baby. Instead, talk to your doctor about taking an iron supplement along with your prenatal vitamin.

You have an infant

Babies build stores of excess iron from their mothers while they’re in the womb. These stores are used during their first six months of life when they’re nursing. You should add iron-fortified foods to their diet when your baby is 6 months of age.

Most pediatricians recommend using a formula that’s fortified with iron if you bottle-feed your baby. Premature babies who haven’t had time to build their iron stores are likely to need supplemental iron.

Always check with your pediatrician before giving your infant iron supplements.

Menstruation depletes iron stores. This is why women have higher anemia rates than men. Some research suggests that ethnicity is a risk factor for anemia. It is estimated that 19 percent of African-American and Mexican-American women are anemic. Compared to 9 to 12 percent of non-Hispanic white women.

According to the Office on Women’s Health, female athletes are at an increased risk for iron deficiency. The exact reason isn’t known. Researchers theorize that athletes may need more red blood cells to carry oxygen so they can keep exercising.

Talk to your doctor if you’re very active and you are experiencing symptoms associated with anemia.

Many people who are on kidney dialysis need extra iron. The kidneys are responsible for making erythropoietin, a hormone that tells the body to make red blood cells. If the kidneys don’t work as well, anemia is often a side effect.

You may lose a small amount of blood during dialysis. And dialysis diets also often limit iron intake. Some medications that people on dialysis take can use up iron or interfere with the body’s ability to absorb it.

Talk to your doctor about how to maintain healthy blood iron levels if you’re on dialysis.

Some medications can interfere with your body’s ability to absorb iron. Medications that can deplete iron include:

If you’re concerned about one of your medicines causing anemia, see your doctor. But don’t stop taking a medication unless you are specifically instructed to do so.

After studying blood levels of iron, ferritin, vitamin D, magnesium, calcium, and phosphorus, the researchers found children with ADHD had lower levels of iron and ferritin. Ferritin stores iron inside the cells for later use.

You have ACE inhibitor associated cough

Doctors prescribe ACE inhibitors to treat a number of conditions, including:

ACE inhibitors may even help prevent kidney disease in those with type 2 diabetes.

A dry cough is a common side effect of the medication. According to a study published in the Journal of the Renin-Angiotensin-Aldosterone System, people who took 200 milligrams of ferrous sulfate supplement daily, at least two hours after taking their ACE inhibitor, were less likely to have a cough.