Why Yoga Can Make Injuries Worse 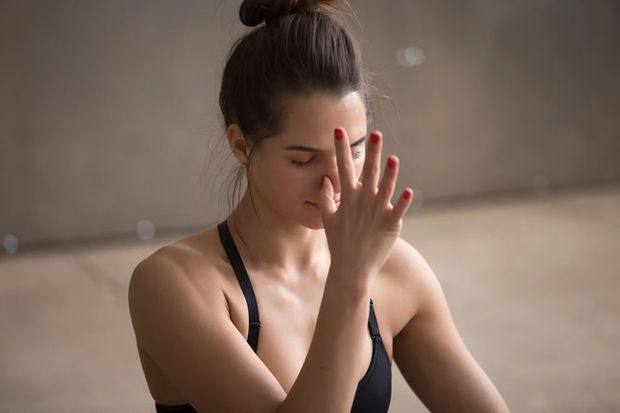 People typically turn to Yoga on rest days or to recover from injuries, but a new study says that the practice could actually cause damage to your body. A paper published in the Journal of Bodywork and Movement Therapies found that musculoskeletal pain was experienced by 10 percent of yogis in a recent study. More than one-third of people who suffered from pain also had symptoms for more than three months. According to Yahoo, who reported on the study, yoga made pain worse for people who had existing injuries about 21 percent of the time.

or the study, 354 participants from two yoga studios were studied. Yahoo reports that everyone answered questionnaires that gathered their age, experiences and how long they performed yoga each week, as well as intensity levels and pain.

The team discovered that most pain from yoga occurred in the top half of the body, so the shoulders, elbows, wrists and hands. Researchers believe this may be because certain poses could put extra pressure and weight on these areas. Some injuries were minor, but others were more serious that people had to forego Yoga completely, taking that three-month hiatus.

However, it doesn’t mean that practicing yoga is actually bad. According to a statement from the University of Sydney, who worked on the research, “It’s not all bad news, however, as 74 per cent of participants in the study reported that existing pain was improved by yoga, highlighting the complex relationship between musculoskeletal pain and yoga practice.”

Exercise physiologist Albert Matheny told Yahoo Beauty that it’s not surprising since any form of physical activity can cause injury. “Yoga can make you sore like anything else and can cause injury like any other activity,” he said. He also explained that injuries can be made worse by stretching, despite popular belief.

Like any form of exercise, yoga should be practiced with safety in mind. Woman’s Day advises beginner Yogis to focus mostly on form first. Start off slow and learn the right way to do poses and breathing. If you’re unsure about whether you’re performing a move correctly, be sure to chat with the instructor before or after class. Always ensure that your instructor is qualified and don’t feel weird about asking for their backgrounds.

If you already have injuries, it’s important to consult with your instructor or doctor before starting yoga. Yoga Journal warns that four poses in particular can be risky, especially for those with injuries. These include the Padmasana, Paschimottanasana, Marichyasana III and Chaturanga Dandasana. For example, you’ll want to forego Padmasana if you already have knee or ankle pain, while those with disk pain will want to steer clear of Paschimottanasana.