Why We Lean Right While Kissing 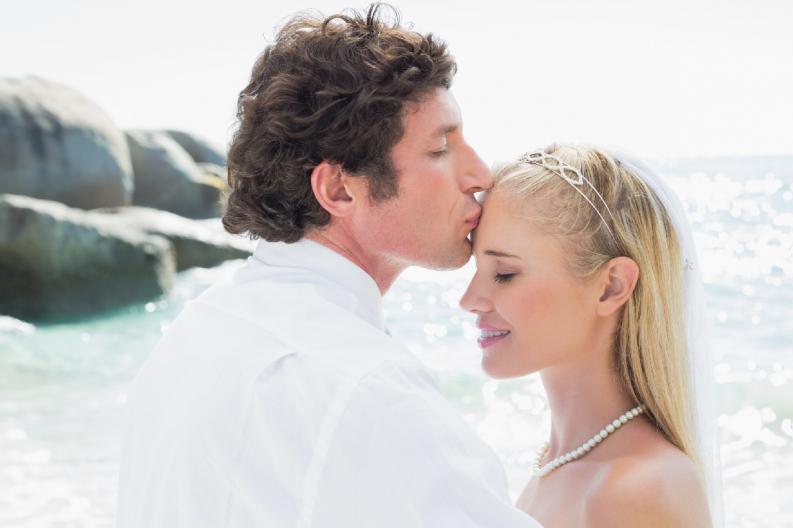 Researchers believe that that our tendency to lean right while kissing could come down to ergonomics. A new study from an international team of neuroscientists and psychologists revealed that we’re naturally inclined to lean right while smooching, and the reason comes down to helping people avoid bumping their noses.

For the small study, 48 married couples in Bangladesh had mini makeout sessions at home. After kissing, each spouse went into a separate room and completed questionnaires assessing who initiated the act as well as which direction participants turned their heads while locking lips. The results showed that more than two-thirds of the couples turned their heads to the right while kissing. Men were most often the initiators, about 15 times more likely to make the moves than women. Somewhat predictably, whether or not someone was left or right handed played a role in which direction they leaned while kissing. The person receiving the kiss, however, naturally matched their partners’ preference to turn right as it was more comfortable. Those who mirrored their spouse’s head, (turning left while their partner turned right), found the position uncomfortable.

This preference can be seen in more than just kissing, according to the researchers. Study author Dr. Rezaul Karim from the University of Dhaka, said in a statement, “Head turning is one of the earliest biases seen in development — even in the womb a preference for turning the head to the right is observable before that of favouring the right hand or foot.” Karim explains scientists still haven’t determined whether the bias carries into adulthood and if the preference is innate. But the team believe their results indicate that turning right while kissing could be a natural reaction as the act is very private in Bangladesh and not something that could be learned through portrayals in movies or in public.

Although interesting, anthropologist Helen Fisher doesn’t find the study results surprising. “While women usually are the first to strike up a conversation with a man or flirtatiously touch him on the arm, there’s a stage of courtship called ‘initiative transfer’ during which the man gets the hint and responds by kissing,” she told Yahoo Beauty.