Who are the Lowest Paid Doctors in the World? Find out.. 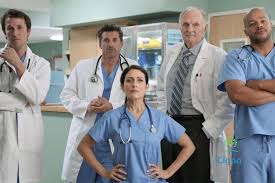 It should be no surprise that developing nations pay their physicians the least. In many areas of China, for example, doctors are paid about 2,524 Yuan–$406 a month (China.org.cn, 2015). To give that some perspective, a hotel receptionist in China can earn 2,507 Yuan, or about $403 USD per month.

Another country with extremely low salaries for doctors is Egypt. When physicians went on strike in 2011, they were earning $46 a month when working in a public hospital (Yahoo News, 2015). Doctors in Egypt have made some ground since then, but are still paid very poorly compared to physicians in the rest of the world.

Cuba pays physicians even less. The country also has one of the highest numbers of physicians (per capita) in the world (Data.worldbank.org, 2015). Cuba has been training thousands of doctors every year for many decades and leads the world with the lowest patient to doctor ratio, 155:1, while the U.S. trails way behind at 396:1 (Souers, 2012). With a surplus of Cuban doctors, Cuba may feel less incentive or ability to pay physicians too much. Just a few years ago, Cuban doctors received an estimated wage of between $30 and $50 per month (Newman, 2012)—arguably the lowest paid doctors in the world. However, the climate in Cuba is changing for doctors. A couple of years ago, the most qualified Cuban physicians (with two specialties) were able to earn up to $67 per month (Associated Press, 2014).

It is always eye-opening and humbling to look at these figures. What could you ever afford with an income of $67 per month in the United States?