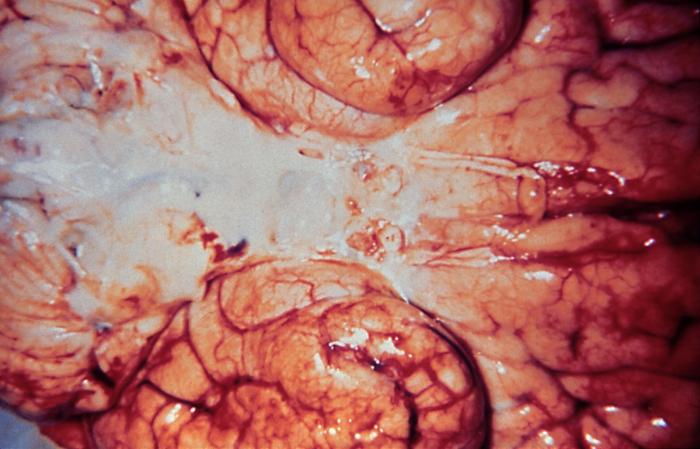 Meningitis is a rare infection that affects the delicate membranes — called meninges — that cover the brain and spinal cord. You or your children can catch it.

There are several types of this disease, including bacterial, viral, and fungal.

Bacterial meningitis can be life-threatening and spreads between people in close contact with each other.

Viral meningitis tends to be less severe, and most people recover completely without treatment.

Fungal meningitis is a rare form of the disease. It usually only happens in people who have a weakened immune system — the body’s defense against germs

Meningitis is almost always caused by a bacterial or viral infection that begins somewhere else in the body besides the brain, like your ears, sinuses, or throat.

Less common causes of meningitis include:

It’s an extremely serious illness. You or your child will need to get medical help right away. It can be life-threatening or lead to brain damage without quick treatment.

Bacterial meningitis is caused by several different bacteria. The most common ones that bring on the disease in the U.S. are:

A bacteria called Haemophilus influenzae type b (Hib) was a common cause of meningitis in babies and young children until the Hib vaccine became available for infants. There are also vaccines for Neisseria meningitidis and Streptococcus pneumoniae. They’re recommended for all children as well as adults who are at a higher risk for the disease.

The bacteria that cause meningitis can spread when people who are infected cough or sneeze. If you or your child has been around someone who has bacterial meningitis, ask your doctor what steps you should take to avoid catching it.

Viral meningitis is more common than the bacterial form and generally — but not always — less serious. There are a number of viruses that can trigger the disease, including several that can cause diarrhea.

Fungal meningitis is much less common than the other two types of the disease. Healthy people rarely get it. Someone with a problem with the immune system — because of AIDS, for example — is more likely to become infected with this form of meningitis.

Who’s More Likely to Get Meningitis?

Anyone can get meningitis, but research shows it’s more common in these age groups:

Meningitis is more of a danger for people with certain medical conditions, such as a damaged or missing spleen, long-term disease, or immune system disorders.

Because certain germs that cause meningitis can spread easily, outbreaks are most likely to happen in places where people live close to each other. College students in dorms or military recruits in barracks can be more likely to catch the disease. So are people who travel to areas where meningitis is more common, such as parts of Africa.