What Is an ECA Stack? 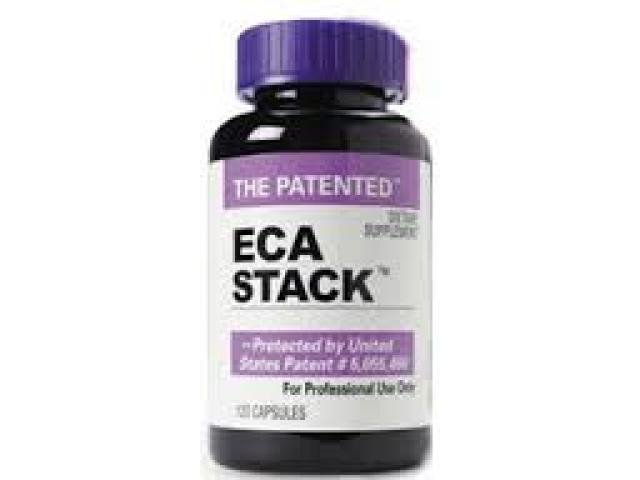 What is an ECA stack?

An ECA stack is a combination of ephedrine, caffeine, and aspirin tablets. When taken together, these ingredients are said to promote weight loss and boost athletic performance.

But does it work? And more importantly — is it safe? Keep reading to learn more.

What’s in an ECA stack?

Ephedrine is derived from the Ephedra plant. It’s been used in traditional Chinese medicine for centuries and is also referred to as “ma huang.”

This extract stimulates the central nervous system (CNS) through release of a compound called norepinephrine. Norepinephrine is used to get the body ready for action and activity. This makes it an important part of the fight-or-flight response during times of high stress.

Caffeine is also a stimulant of both the CNS and the cardiovascular system. It’s commonly found in coffee, tea, and soft drinks. Caffeine consumption can increase feelings of alertness, effectively reducing fatigue.

But when taken in large doses, caffeine can also cause:

Aspirin is a pain reliever. When taken as part of an ECA stack, aspirin prevents norepinephrine levels from decreasing. In other words, its helps maintain the stimulation effects that the caffeine and ephedrine help provide.

Long-term use of aspirin, even in small doses, has been associated with an increased risk of bleeding in the gastrointestinal tract.

A review of 20 trials found ephedrine to be effective as a tool for weight loss.

Although ephedrine was effective when used alone, ephedrine or Ephedra-containing supplements were slightly more effective when combined with caffeine. Participants taking this combination lost approximately two more pounds per month.

SIDE EFFECTS AND RISKS

Is it safe to use?

A review of 52 controlled clinical trials on ephedrine usage found no record of serious adverse effects, such as:

However, using ephedrine alone or in combination with caffeine may cause:

This led the U.S. Food and Drug Administration to ban the sale of Ephedra-containing dietary supplements in 2004.

However, ephedrine itself is still legal in the United States. Ephedrine sales are highly regulated, requiring the buyer to present a valid photo ID and sign for the purchase.

There’s also a limit to how much ephedrine you can purchase. Depending on the state you’re in, you may only purchase up to 9 grams within a 30-day period.

What can I use instead?

Since the ban on Ephedra-containing products, many Ephedra-free supplements have appeared on the market. Many manufacturers substitute other botanicals, such as bitter orange, in place of Ephedra.

Ephedrine-free supplements often incorporate more than one source of caffeine. The caffeine content is typically higher than that of coffee or soft drinks. But despite being Ephedra-free, these products can cause adverse effects similar to those of Ephedra-containing products.

If you do decide to purchase an Ephedra-free alternative, be sure to review the labels to see if caffeine content is listed. You’re more likely to experience side effects if you take products containing 400 milligrams or more caffeine per day. This amount of caffeine is roughly equal to four or five cups of coffee.

Other alternative weight loss supplements include green tea extract (EGCG) and glucomannan. These supplements typically carry more mild side effects, such as bloating or diarrhea.

Ask yourself why ECA stacks are appealing to you and what benefit you’re looking to gain. If you’re seeking more energy on a daily basis, these are likely better changes to make:

If you’re aiming to lose weight, talk to your doctor about a safe and effective way to do so. Although ECA stacks may be a quick way to drop a few pounds or feel alert, they can wreak havoc on your overall health. ECA stacks provide stimulation, or fake energy. They can mask the real underlying reasons for low energy.

Healthy eating and regular exercise remain the safest way to successfully lose weight and keep it off. Together, you and your doctor and dietitian can come up with a diet and exercise plan that’s right for you