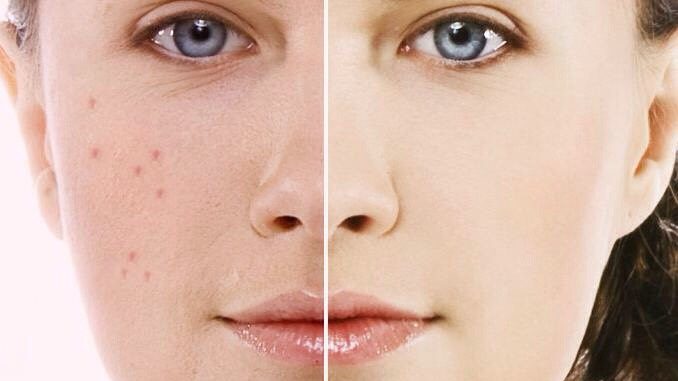 There’s a reason it’s called “common acne” — nearly everyone suffers from a pimple outbreak at some point in life.

It starts when greasy secretions from the skin’s sebaceous glands (oil glands) plug the tiny openings for hair follicles (plugged pores). If the openings are large, the clogs take the form of blackheads: small, flat spots with dark centers. If the openings stay small, the clogs take the form of whiteheads: small, flesh-colored bumps. Both types of plugged pores can develop into swollen, tender inflammations or pimples or deeper lumps or nodules. Nodules associated with severe cases of acne (cystic acne) are firm swellings below the skin’s surface that become inflamed, tender, and sometimes infected.

Although acne remains largely a curse of adolescence, about 20% of all cases occur in adults. Acne commonly starts during puberty between the ages of 10 and 13 and tends to be worse in people with oily skin. Teenage acne usually lasts for five to 10 years, normally going away during the early 20s. It occurs in both sexes, although teenage boys tend to have the most severe cases. Women are more likely than men to have mild to moderate forms into their 30s and beyond.

Acne lesions are most common on the face, but they can also occur on the neck, chest, back, shoulders, and upper arms.

Contrary to popular belief, acne isn’t caused by a harmful diet, poor hygiene, or an uncontrolled sex drive. The simple truth is that heredity and hormones are behind most forms of acne. Swearing off chocolate or scrubbing your face 10 times a day won’t change your predisposition to this unsightly, sometimes painful, and often embarrassing skin problem.

The cause of acne is not fully understood. Though stress can aggravate acne, it clearly does not cause it.

Hormones. Common acne in teenagers starts with an increase in hormone production. During puberty, both boys and girls produce high levels of androgens, the male sex hormones that include testosterone. Testosterone signals the body to make more sebum, the oil produced in the skin’s oil gland

Bacteria. Excess sebum clogs the openings to hair follicles — especially those on the face, neck, chest, and back. Bacteria grow in these clogged follicles. This makes blackheads or whiteheads, also known as ”comedones,” form on the skin’s surface. Sometimes, this clogging causes the follicle wall to break under the pressure of this buildup. When this happens, sebum leaks into nearby tissues and forms a pustule or a papule — this is called inflammatory acne. Larger, tender pustules are called nodules.

Depending on the type of pill, oral contraceptives may trigger acne in some women but suppress it in others. Some injectable contraceptives and intrauterine birth control devices (IUD) may also cause acne. Steroids taken by some bodybuilders and other athletes can also lead to severe outbreaks.

Acne has many subtypes. Acne neonatorum and acne infantum occasionally affect newborns and infants, usually boys. A pimply rash appears on the face and usually clears within weeks with no lasting effect. However, acne infantum may last longer, be more severe, and cause scarring.

People who escaped their teen years almost pimple-free may develop persistent adult-onset acne as they get older. Despite the normal increase in androgen levels during puberty, some doctors believe that flare-ups of acne have less to do with androgen levels than with how a person’s skin responds to an increase in sebum production or to the bacteria that causes acne. The bacteria Propionibacterium acnes occurs naturally in healthy hair follicles. If too many of them accumulate in plugged follicles, they may secrete enzymes that break down sebum and cause inflammation. Some people are simply more sensitive than others to this reaction. Sebum levels that might cause a pimple or two in one person may result in widespread outbreaks