What does it mean if I have a mole that itches? 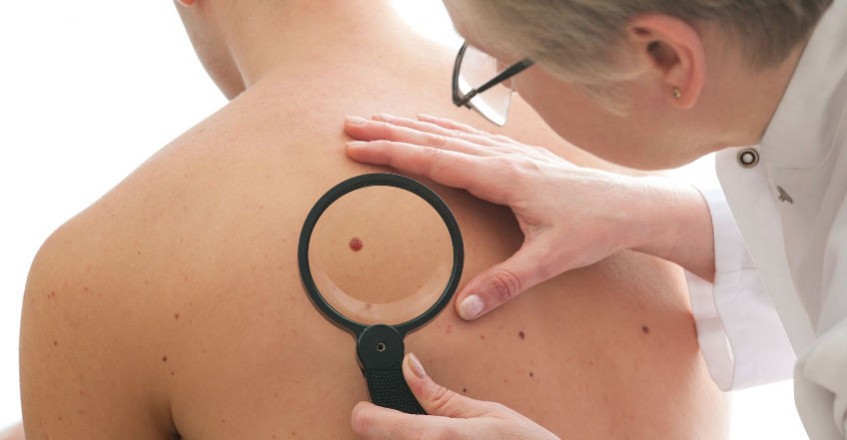 Moles are brown or black and can appear anywhere on the skin. Most develop in early childhood and through early adulthood. A person can have up to 40 moles by the time they are an adult.

Moles can change, but the change is very slow. They can alter color, become raised, or grow hairs. In some cases moles never change, while others slowly disappear. All these behaviors are considered normal if they happen gradually and over many years.

There are many potential causes for an itchy mole, including contact with irritating substances.

Most moles are not cancerous. The ones that are cancerous will look quite different from others on the body, including those present before young adulthood.

Any number of causes can contribute to itchy moles.

Itchy moles could be related to using new products, such as clothes detergents, lotions or soaps. Or an itchy, irritated mole could be the result of a work chemical that has touched the skin.

A doctor should still be asked to check an itchy mole even if someone knows the cause. Although rare, an itchy mole can be a sign of skin cancer.

Normal moles are usually small, round spots on the skin that are colored brown or black. They are either elevated or flat, appear proportionate, and are the same all over.

A mole could be considered abnormal if the color and spots are not uniform, or if it has recently changed its appearance. For example, a doctor should be asked to check a mole if it was flat and has suddenly become raised.

Other characteristics of abnormal moles include:

Not all abnormal moles or itchy moles mean cancer, but anyone with a mole that itches, oozes, bleeds, or has changed from normal to abnormal, should have it checked out by a dermatologist.

Melanoma is a common form of skin cancer that may cause an itching mole.

According to the American Cancer Society, there will be 91,270 new cases of melanoma in 2018 in the United States.

Melanoma is one of the most common skin cancers in Caucasians, and the lifetime risk is 1 in 38 for those populations.

Other races, including African-Americans, can be affected, but the risk is lower for this population.

Melanoma risk increases with age, with 63 years of age being the average for diagnosis.

But anyone, irrespective of how old they are, can be diagnosed with this type of skin cancer.

Melanoma is one of the most serious skin cancers, so it is essential to be aware of the signs and symptoms.

A changed mole is the first sign that something might be wrong. Melanoma can also show up in the development of new moles.

Mole changes can be related to size, shape, color, or texture. Melanomas are also known for black and black-blue areas within moles and other skin growths.

Melanoma can also occur in the eyes and cause blurry vision, dark spots in the iris, or loss of sight. The iris of the eye is the thin, round structure that controls the size and span of the pupil, and the amount of light getting to the retina. The iris is also responsible for eye color.

Other kinds of skin cancer that cause itching

Non-melanoma skin cancers can cause multiple, unusual skin lesions that might be itchy and painful.

Some may resemble moles, but these tend to be new skin growths. Some growths may even look like sores or warts.

In 2014, researchers from Temple University Health System found that up to 37 percent of skin cancer lesions caused itching and around 28 percent involved pain.

Basal cell carcinoma or BCC is one of the most common types of skin cancer, according to the American Academy of Dermatology. It is also the most commonly diagnosed type of cancer in the U.S.

A BCC grows in places that get a lot of sun exposure, such as the face and neck. If caught early enough, it can be cured.

Squamous cell carcinoma or SCC is the second most common type of skin cancer, according to the Skin Cancer Foundation.

SCC is the result of abnormal cell growth, arising from the squamous cells or cells that cover most the skin’s upper layers.

When found early, SCC is curable. If left untreated, however, it can invade the deeper layers of skin.

SCC can also spread or metastasize to nearby lymph nodes, distant tissues, and organs and may become fatal. Fortunately, incidences of SCC metastasizing are rare.

Surgical options to remove itchy moles include excision or shaving.

Anyone who notices changes to color, size, or shape of moles, should have them checked. Evaluations of moles that bleed, itch, are tender, or painful should not be put off doing the same.

Most moles cause no symptoms and do not need treatment. But moles that are itchy, painful, large or suspicious for cancers, should be removed.

There are two ways to remove moles, and both methods are considered safe.

The two ways suspicious moles can be removed are:

The American Academy of Dermatology advises against mole removal at home, as any cancerous cells can stay on the skin and spread. It could result in scarring or infection.