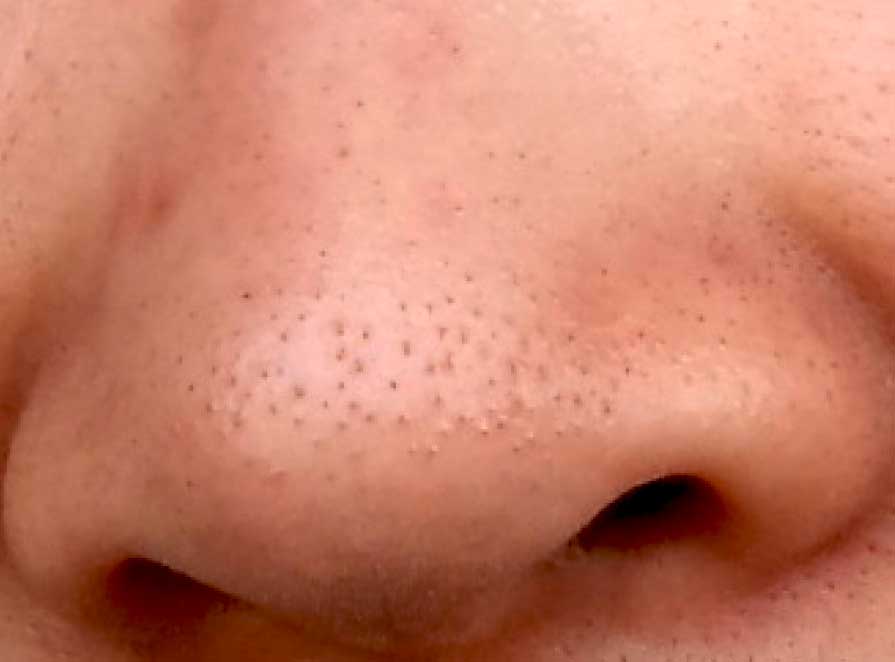 Also known as spots or zits, pimples are a part of acne. They are most likely to occur around puberty, but they can happen at any age.

During puberty, hormone production changes. This can cause the sebaceous glands, located at the base of hair follicles, to become overactive. As a result, pimples are most likely to occur during the teenage years and around menstruation, for women.

Pimples most often affect the face, back, chest, and shoulders. This is because there are many sebaceous glands in these areas of skin.

Acne vulgaris, the main cause of pimples, affects over 80 percent of teenagers. After the age of 25 years, it affects 3 percent of men and 12 percent of women.

Here are some key points about pimples. More detail is in the main article.

Blackheads, whiteheads, and cysts are all kinds of pimples, but what makes them break out?

There are several different types of pimples, and they have different signs and symptoms:

Whiteheads: Also known as a closed comedo, these are small pimples that remain under the skin. They appear as a small, flesh-colored papule.

Blackheads: Also known as an open comedo, these are clearly visible on the surface of the skin. They are black or dark brown, due to the oxidation of melanin, the skin’s pigment.

Some people mistakenly believe they are caused by dirt, because of their color, and scrub their faces vigorously. Scrubbing does not help. It may irritate the skin and cause other problems.

Papules: These are small, solid, rounded bumps that rise from the skin. They are often pink.

Pustules: These are pimples full of pus. They are clearly visible on the surface of the skin. The base is red and the pus is on the top.

Nodules: These have a similar structure to papules, but they are larger. They can be painful and are embedded deep in the skin.

Cysts: These are clearly visible on the surface of the skin. They are filled with pus and are usually painful. Cysts commonly cause scars.

Why do pimples happen?

Pimples happen when pores become clogged with sebum and dead skin. Sometimes this leads to infection and inflammation. Why they affect some people more than others is largely unknown.

The sebaceous glands and pimples

The sebaceous glands are tiny skin glands that secrete sebum, a waxy or oily substance that lubricates the skin and hair.

Sebaceous glands are found inside the pores of our skin, all over the body, except the palms of the hands and soles of the feet. There are more sebaceous glands on the face and scalp than elsewhere.

As the glands produce sebum inside the pores, new skin cells are constantly growing, and the outer layers of skin are being shed.

Sometimes, dead skin cells are not shed. They remain in the pores and get stuck together by the sticky sebum, causing a blockage in the pore.

Pore blockage is more likely to occur during puberty, as the sebaceous glands produce more sebum at this time.

Where sebum and dead skin cells accumulate and block a pore, this encourages the growth of undesirable bacteria, including Propionibacterium acnes (P. acnes), a slow-growing bacterium linked to acne.

Propionibacterium acnes exists harmlessly on our skin, but when the conditions are right, it can reproduce more rapidly and become a problem. The slow-growing bacterium feeds off the sebum and produces a substance that causes an immune response. This leads to skin inflammation and spots.

Although pimples are related to bacterial infection, they are not contagious. One person cannot catch pimples from another.

It is unclear exactly why some people are more prone to pimples than others. Hormone fluctuation and genetic factors may play a role, as acne often runs in families, but some other factors are possible.

Just as in the gut, we have “good” bacteria that protect against disease and “bad” bacteria that cause disease, scientists have suggested that the same may be true for the skin.

Researchers at the Washington University School of Medicine identified two unique strains of P. acnes in the skin of 20 percent of people with pimples, while those with healthy skin tended not to harbor these strains. source

Another strain of P. acnes had the opposite effect. People with pimples tended not to have this strain, but those with healthy skin did have it.

This may indicate that particular types of bacteria determine the severity and frequency of pimples. The researchers suggest that these bacteria may also interact with different factors, such as hormone and sebum levels. They call for more research.

Acne-type breakouts have also been linked to yeast infections.

Pityrosporum, also known as malassezia or folliculutis, happens when a pityrosporum yeast enters the hair follicles and multiplies, triggering an itchy eruption of tiny, itchy, rounded pimples, that resembles acne. It mainly occurs on the upper chest, shoulders, and upper back, but it can also affect the face.

Most people have this yeast on their skin, but if too much develops, it can cause a problem. It can happen to both men and women in young to middle-age.

Humid, sweaty environments, clothes made of synthetic fibers, and the use of oily skin products can all make this worse.

The condition is common in adolescents, probably because of increased sebaceous gland activity. It is not the same as acne, but it is often confused with it.

Antibiotics that are usually used for acne can make also make the condition worse, as they suppress the bacteria that would otherwise control the yeast. Antifungal treatment is needed in the case of malassezia.

Researchers have found a link between acne pimples and higher levels of testosterone and other androgens, the “male” hormones that also exist in lower levels in females.

Higher testosterone levels appear to to trigger greater activity in the sebaceous glands, resulting in more clogged pores and higher chance of acne.

The role of diet in acne is unclear, but, since a healthy, balanced, diet is known to promote good health, some dietary factors may affect the likelihood of getting acne or pimples.

Vitamins A, D, and E are all known to play a role in maintaining healthy skin, so it is possible that an adequate supply of these vitamins may help prevent acne.

Milk consumption has been associated with acne. If milk does play a role, this could be due to the hormones in milk. However, findings have been inconclusive.

It has often been said that sugar and chocolate trigger acne, but research findings have not supported this.

However, the results are not conclusive. Moreover, advocating a low GI diet could discourage people from consuming enough whole grains and other healthful foods that could provide useful nutrients.

Although acne is related to sebum production, avoiding all fat in the diet is not advisable. Healthy polyunsaturated and monounsaturated fats are necessary for key bodily functions. A fat-free or very low-fat diet can cause the skin to dry out and prompt the body to increase sebum production.

A good intake of fats from nuts, seeds, and olive oil may help by keeping inflammation in check, supporting the body in maintaining healthy blood sugar levels, and maintaining good skin moisture levels so as to provide an effective barrier and immune response to prevent bacterial infection.

According to the American Academy of Dermatology (AAD), “There is not enough data to recommend dietary changes for acne patients.”

Since acne appears to stem from a complex interaction of nutrients, hormones, and other factors, it is difficult to pinpoint exactly what causes pimples to worsen.