What Are Hives and Angioedema? 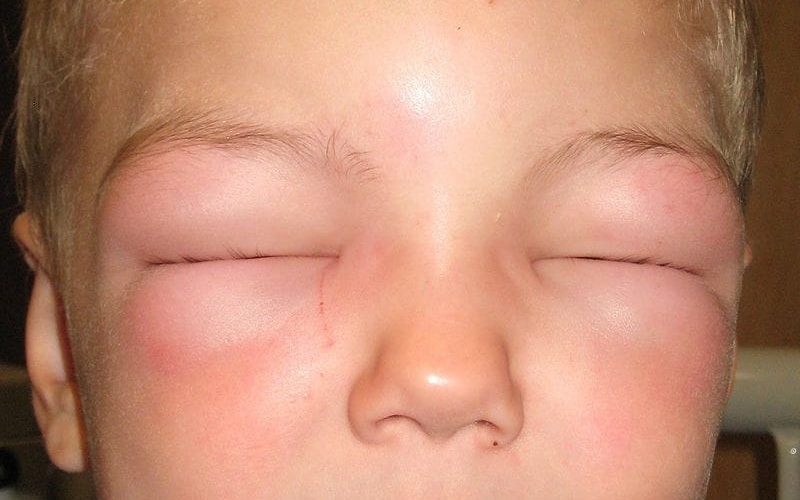 Hives are swollen, pale red bumps, patches, or welts on the skin that appear suddenly. They can happen because of allergies or other reasons. Your doctor may call them urticaria.

Hives usually itch, but they may also burn or sting. They can show up anywhere on your body, including the face, lips, tongue, throat, and ears. They range in size from a pencil eraser to a dinner plate and may join together to form larger areas known as plaques. They can last for hours or up to several days.

Angioedema is different. The swelling happens under the skin, not on the surface. It’s marked by deep swelling around the eyes and lips and sometimes of the genitals, hands, and feet. It generally lasts longer than hives, but the swelling usually goes away in less than 24 hours. It’s rare, but angioedema of the throat, tongue, or lungs can block your airways, making it hard to breathe.

Acute urticaria and/or angioedema are hives or swelling lasting less than 6 weeks. The most common causes are foods, medicines, latex, and infections. Insect bites or a disease may also be responsible.

The most common foods that cause hives are nuts, chocolate, fish, tomatoes, eggs, fresh berries, soy, wheat, and milk. Fresh foods cause hives more often than cooked foods. Certain food additives and preservatives may also be to blame.

Drugs that can cause hives and angioedema include aspirin and other NSAIDs (such as ibuprofen), high blood pressure medications (such as ACE inhibitors), and painkillers such as codeine.

Chronic urticaria and/or angioedema are hives or swelling that lasts more than 6 weeks. The cause is usually harder to find than in acute cases. The causes can be similar to those of acute urticaria but can also include your immune system, chronic infections, hormonal disorders, and tumors.

Physical urticaria are hives caused by direct physical stimulation of the skin — for example, cold, heat, sunlight, vibration, pressure, sweating, and exercise. They usually happen right where the skin was affected and rarely appear anywhere else. Most appear within 1 hour after exposure.

Dermatographism are hives that form after firmly stroking or scratching the skin. You may also have other forms of hives.

Your doctor will ask you many questions to try to find the cause of hives or angioedema. You’ll also get a checkup.

Your doctor may give you skin tests to find out if you’re allergic to something. You may get blood tests, too.

The best treatment is to identify and remove the trigger. But that’s not always easy.

Your doctor may prescribe antihistamines to ease your symptoms or help prevent them.

If you have chronic hives, you may need antihistamines or a combination of medications, such as steroids or a biologic drug.

For severe hives or angioedema, you may need an injection of epinephrine