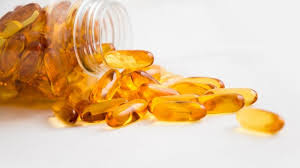 There may be too much of a good thing when it comes to vitamins: new research indicates that especially high doses of vitamin B6 and B12 may increase the risk of developing lung cancer in male smokers. The reason for this greater risk isn’t certain, but researchers suggest that the vitamin may hasten the growth of cancer cells that have already been initiated by tobacco use.

Male smokers who took high doses of vitamin B6 and B12 in individual supplements had a 30 to 40 percent increased risk of developing lung cancer when compared to men who did not take supplements. Those who took more than 20 milligrams of B6 a day for 10 years were three times more likely to develop lung cancer than those who didn’t take the supplement. Meanwhile, male smokers who took 55 micrograms of B12 a day for the same amount of time were four times more likely to develop the cancer. The vitamins weren’t found to have an effect on women’s risk, regardless of smoking status.

“Smoking causes lung cancer, no one disputes that by any means,” study researcher Dr. Theodore Brasky, of The Ohio State University Comprehensive Cancer Center, told Medical Daily. “What we’re saying is that these vitamins are hastening that process or increasing the carcinogenesis in that drug.”

The findings are based on an analysis of more than 77,000 adults in the VITamins And Lifestyle (VITAL) cohort study. All participants were between 50 and 76, and were recruited in the state of Washington between the years 2000 and 2002. Results were adjusted for personal smoking history, age, race, education, body size, alcohol consumption, personal history of cancer or chronic lung disease, family history of lung cancer, and use of anti-inflammatory drugs. The researchers looked at both men and women, smokers and nonsmokers.

In addition, the association between lung cancer and B vitamins was only statistically significant among current male smokers. “The risk was almost exclusive to men who were smoking at that time,” Brasky told Medical Daily. “What this says is there is some sort of synergy to being a man and taking B vitamin[s].”

“If they are men and they are smoking and taking B vitamin supplements, they really need to quit smoking. Smoking is the number one cause of lung cancer; it kills people.” Brasky emphasized. “If you want to prevent lung cancer, quit smoking.”