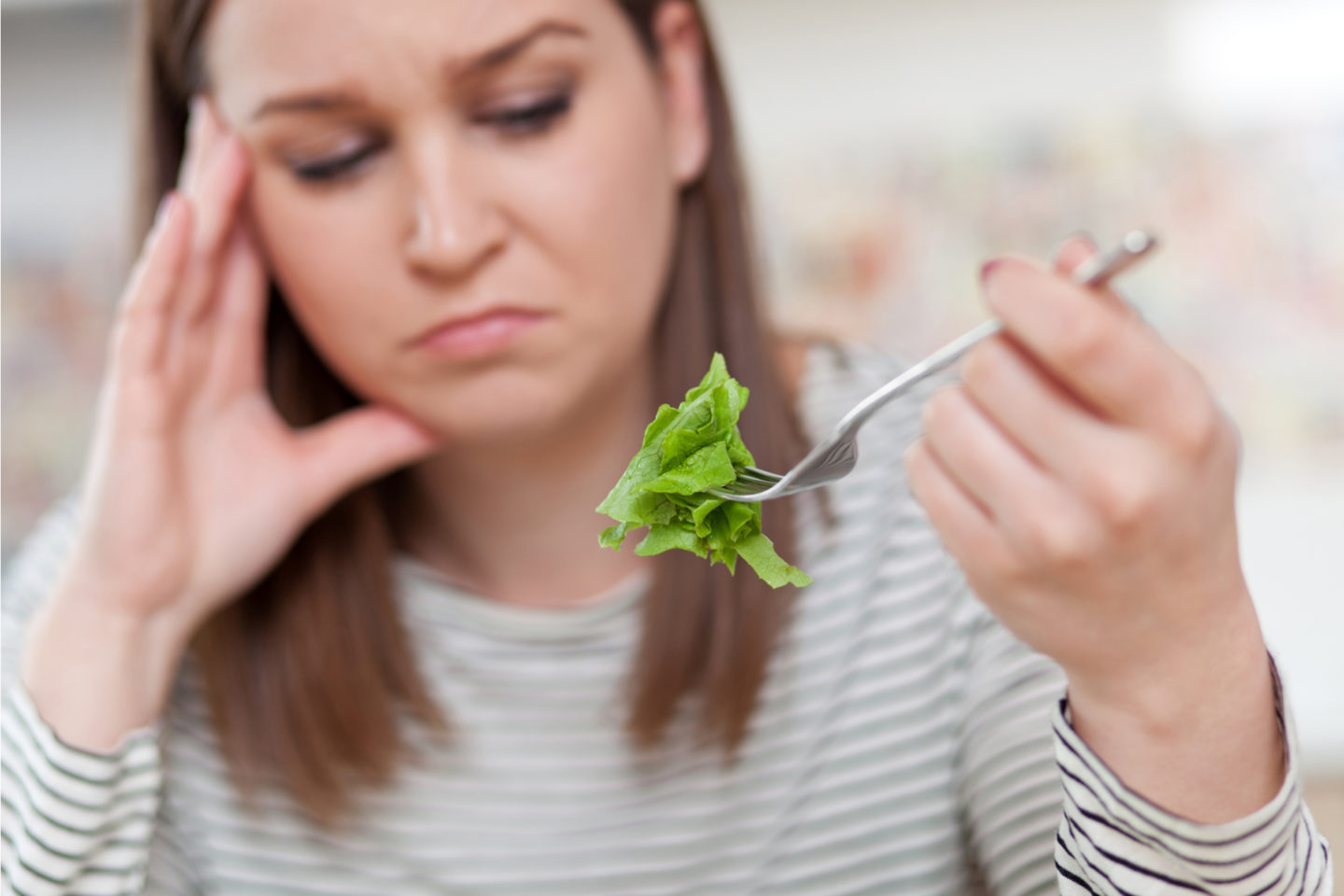 Male vegetarians are at greater risk for depression than their meat-eating counterparts, new research suggests.

A National Institutes of Health (NIH) study of more than 9600 men showed that those who reported being vegetarians or vegans had significantly higher scores on a depression-measuring scale than nonvegetarians.

In addition, significantly more of the vegetarian/vegan group had a score >10 on the measure, signifying mild to moderate depression.

“Nutritional deficiencies (eg, in cobalamin or iron) are a possible explanation for these findings,” write the investigators.

Lead author Capt Joseph R. Hibbeln, MD, acting chief of the Section on Nutritional Neurosciences at the National Institute on Alcohol Abuse and Alcoholism at the NIH, added that because red meat is rich in vitamin B12, that nutrient may have played a part in the results.

“If someone chooses to be vegetarian or chooses to eat less meat, they should follow guideline recommendations to ensure they have a good vitamin B12 status,” Dr Hibbeln told Medscape Medical News.

The findings are published in the current issue of the Journal of Affective Disorders.

Although vegetarian diets have been linked to several health benefits, little is known about benefit or risk to mental health, note the investigators.

“Vegetarian diets have been associated with decreased risks of cardiovascular death, obesity, and diabetes, prompting questions as to whether potential benefits extend to mental health or, in contrast, whether diminished intakes of nutrients that are abundant in excluded foods cause adverse consequences to mental well-being,” they write.

Previous research has shown that low levels of vitamin B12 and folate are associated with an increased risk for depression, and “one meta-analysis suggests that vitamin B12 intervention may prevent depressive symptoms in specialized populations,” report the researchers. However, better-designed trials are needed to delve into these issues.

The population-based Avon Longitudinal Study of Parents and Children (ALSPAC) enrolled 14,541 pregnant women who lived in the United Kingdom and whose expected delivery dates were between April 1991 and December 1992.

Questionnaires were completed by the women and by 9845 of their partners; 9668 of these men were included in the current analysis.

The questionnaires asked for background information, as well as information on diet. Because relatively few of the men self-reported being vegan (n = 39), vegans and vegetarians were combined in one group (combined n = 350; 3.6% of the cohort).

The men also completed the Edinburgh Postnatal Depression Scale (EPDS) between weeks 18 and 20 of their partner’s gestation. A score >10 indicated a high probability of mild to moderate depression.

Although not significant, there was also a trend for an association between depressive symptoms and duration of vegetarianism.

The investigators note that not all individuals who identify as vegetarians eat the same things, especially when it comes to fish, eggs, and dairy products.

Not surprisingly, the nonvegetarians in this analysis ate more meat, sausages, poultry, and white fish than the vegetarian group. But 51.6% vs 52.3% reported eating oily fish; and 23.3% vs 28.6% reported eating shellfish.

“To our knowledge this is the first large epidemiological study to show a relationship between vegetarianism and significant depressive symptoms among adult men,” write the researchers.

“Since exclusion of red meat primarily characterizes vegetarians, lower intakes of vitamin B12 merit consideration as a contributing factor” to depression, they add.

But he is optimistic about the future ― he reported that the first conference of the International Society for Nutritional Psychiatry Research (ISNPR), which was held this past summer, drew more than 500 attendees.

It’s my opinion that, after the many years I’ve been working in this area, it’s really coming together and being recognized as a field,” said Dr Hibbeln.

Commenting on the findings for Medscape Medical News, Felice Jacka, PhD, director of the Food and Mood Center at Deakin University, Geelong, Australia, and president of the ISNPR, said that ALSPAC “is possibly the best cohort study in the world, certainly one of the best,” and that this new study is “really goo

“The important caveat is that we don’t know whether it’s cause or effect for vegetarianism because a vegetarian diet may be associated with personality factors or other factors that might increase depression. That’s a caveat with any observational study: correlation doesn’t necessarily mean causation,” she said.

“However, the findings are consistent with the previous literature, including a study we published back in 2012.”

That study assessed red meat consumption among more than 1000 Australian women. “We found a very clear U-shaped relationship between the self-reported intake of red meat and clinical depressive and anxiety disorders, and that was excluding vegetarians deliberately,” said Dr Jacka.

“Taking into account the overall quality of people’s diet, those who had low intake (less than the national recommendations) and those with high red meat intake were twice as likely to have major depressive disorder, dysthymia, or a diagnosed anxiety disorder,” she reported.

She added that the way the meat industry is conducted in Australia “and probably in the UK” is different from the way it is conducted in the United States. “It’s a pretty healthy way, where it’s predominantly grass-fed as opposed to feed lots.”

Dr Jacka noted that she grew up as a vegetarian, “but that changed with the research. I noticed growing up that I was probably very deficient in iron, and I was constantly falling asleep in class. Red meat is actually important for zinc and iron, etc,” she said.

“But I think we have to have the caveat that more isn’t necessarily better. It might be about small quantities of good-quality meat. Larger amounts might be detrimental.”

She added that blanket statements cannot be made. “People seem to metabolize and respond to food quite differently, based on their gut microbiome. And that’s something we’re increasingly interested in and doing research on,” said Dr Jacka.