Tips for Overcoming Your Fear of Flying, Why It Happens 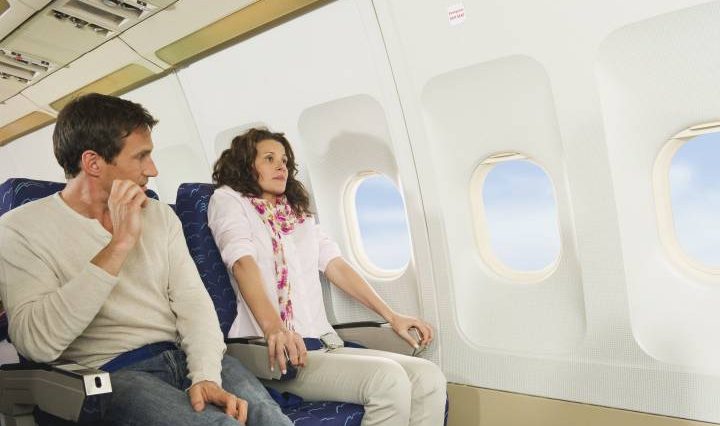 What is fear of flying?

As humans, our relationship to flight has changed dramatically in the last century. Air travel has developed from a fantasy into a common and widely used mode of transportation. There are about 100,000 flights in the world every day, according to the International Air Transport Association (IATA). It estimates that 3.7 billion passengers worldwide will fly during 2017. In the United States, the Bureau of Transportation Statistics (BTS) reports that an all-time high of nearly 718 million passengers flew on 8.6 million flights during 2016.

Air travel has increased in recent years in both frequency and overall safety. The 2016 accident rate of 2.8 accidents per million departures is the lowest airline accident rate in recent history, according to the International Civil Aviation Organization (ICAO).

According to a report in the journal Research in Transportation Economics, air travel is safer in terms of fatalities than any other common mode of transportation, including:

Still, there are moments that make even a seasoned traveler a bit uneasy. When the wheels start running down the tarmac or you hit a bad patch of turbulence, it’s not uncommon to grasp the armrests a bit tighter.

These moments of feeling jostled or unsettled are usually short-lived, and they pass once the moment is over. That is, unless you have an actual fear of flying, known as aviophobia. People with aviophobia have a deep-rooted, continual fear of flying that’s much more than a fleeting feeling of uneasiness.

What causes fear of flying?

There are several possibilities for what contributes to your fear of flight. It could be caused by a single direct influence or a combination of factors.

A direct influence might be a particularly bad flight you experienced or a connection to someone who experienced a traumatic flight incident or aviation event.

Feeling out of control is a common anxiety trigger, and it’s a common influencer of aviophobia. Being way up high is certainly one way to recognize that some things in life are out of your hands!

Claustrophobia is another condition that can trigger aviphobia. The cabin of a plane is a tight, crowded space, and it can feel especially confining during boarding, when emotions are already heightened.

8 tips for conquering fear of flying

If you experience fear of flying, the following tips may help lessen your discomfort on your next flight.

WHEN TO SEE A DOCTOR

Many people deal with anxiety on a daily basis. According to the Institute of Mental Health, 40 million American adults deal with some form of anxiety.

If your fear begins to take a hold of your life in a way that feels unmanageable, it’s important to reach out to a medical professional. Professionals will be able to help you identify what’s causing your flight fear and find effective ways to manage it. They can help you find treatment to restore your mental and physical well-being.

Treatment for fear of flying usually involves either medications or therapy. Doctors may suggest antianxiety medication. There are generally two types: one you take only when you encounter triggers for your stress, and another that you take on a regular basis.

Doctors may also suggest psychotherapy, including: