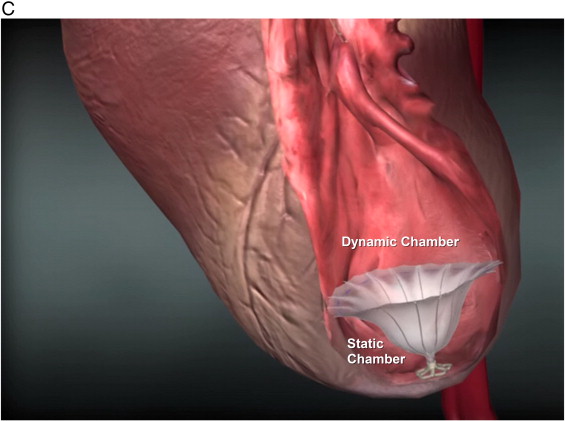 Damaged heart muscle after a heart attack can lead to structural remodeling and decline in ventricular performance. The resulting enlargement of the heart may induce shortness of breath and fatigue, impinging on patients’ ability to function and maintain quality of life. In such cases, making the heart smaller with an alternative implantable device may improve symptoms and other outcomes. The novel Parachute™ Ventricular Partitioning Device, by CardioKinetix, is the first minimally invasive treatment for such populations.

These findings suggest the safety and efficacy of the Parachute device, and further randomized controlled trials are being planned to assess outcomes in larger populations.