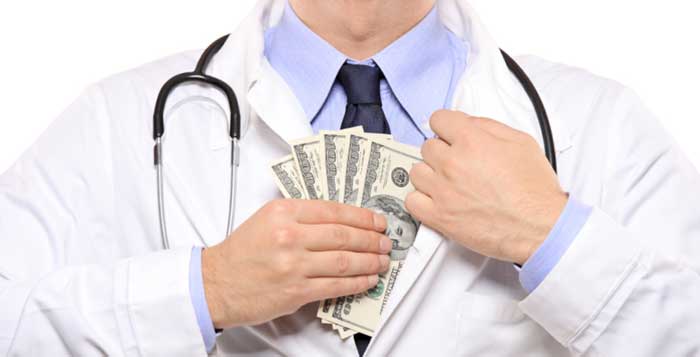 On average, physicians reported an average annual full-time compensation package of $294,000. Overall, however, specialists’ compensation—which averaged $316,000—was 46 percent higher than their peers working in primary care, whose compensation averaged $217,000.

According to MedScape, the top five specialties with the highest average compensation packages in 2017 were:

Meanwhile, the five specialties with the lowest compensation packages were:

Total compensation for a number of specialties increased compared with 2016. The five specialties with the highest percentage increase were:

Geographic and other trends

Overall, the regions with the highest average compensation packages were:

The lowest regions with the lowest average compensation packages were:

Medscape also surveyed respondents about their gender and—for the first time—about their race and ethnicity.

According to the survey, female physicians were compensated 35 percent less, on average, than their male peers. Some of the pay gap may be attributable to the fact that more women say they work part-time (22 percent) than men (11 percent), the survey found. And there are some signs that the pay gap will narrow with time: For instance, among doctors under the age of 34, the gap is 18 percent.

The survey also spotted disparities in compensation by race and ethnicity, with physicians who identify as: