The Difference Between a Heart Attack, Stroke, and Cardiac Arrest 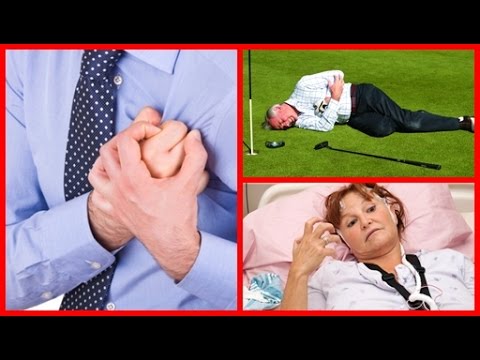 Heart attack, stroke, and cardiac arrest—you’re probably familiar with all three and know that they’re serious conditions requiring medical attention. But you might not know what’s actually going on in the body during these three events. With that in mind, we talked to experts to flesh out the differences between these conditions, including the signs and risk factors you should know about.

First of all, a heart attack isn’t the same thing as cardiac arrest.

The two terms are used interchangeably a lot, but they’re actually different. “A heart attack happens when one of the main arteries of the heart gets blocked, causing the heart to not get enough blood flow,” cardiologist Jennifer Haythe, M.D., assistant professor of medicine and co-director of the Women’s Center for Cardiovascular Health at Columbia University Medical Center, tells SELF. This can be caused by plaque buildup in the arteries, which can break open and form a blood clot that blocks blood flow.

Cardiac arrest, on the other hand, happens when the heart stops completely or has a dangerous rhythm, she says. Cardiac arrests can sometimes be caused by heart attacks, Dr. Haythe says, but they can also be caused by things like sepsis, trauma, a pulmonary embolism, infection, and heart rhythm problems.

“They are two completely different problems,” Shephal Doshi, M.D., director of cardiac electrophysiology and pacing at Providence Saint John’s Health Center in Santa Monica, Calif., tells SELF. “A heart attack is essentially a plumbing problem, while a cardiac arrest is an electrical short circuit.”

While both conditions can be serious, a heart attack can also be mild. “However, a cardiac arrest is very serious and will lead to death without resuscitation,” Dr. Haythe says.

The symptoms and treatment of a heart attack and cardiac arrest are different, too.

People who are suffering from a heart attack will typically have symptoms like chest pain or tightness that happens when they’re resting or exerting themselves, Dr. Doshi says. Women, however, might have shortness of breath, pain radiating down their arm, or numbness or tingling in their shoulder, he says. Since heart attacks deal with a blockage, they can be treated with medicine like tenecteplase to open the clot or a catheterization and stent placement if it’s more severe, Dr. Haythe says.

With cardiac arrest, people often just pass out. “They may feel dizzy or light-headed and suddenly blackout,” Dr. Doshi says. Immediate treatment with a cardiac arrest is CPR and a shock with a defibrillator to jump-start a person’s heart, Dr. Doshi says. That may be followed up with a breathing tube and other medicines or machines to support the heart, Dr. Haythe says.

While strokes also deal with blood flow, they’re not based in the heart.

There are two major types of strokes: ischemic and hemorrhagic. Ischemic is where a blood clot cuts off the supply of blood to an area of the brain. “This is a lot like getting a plug in your sink—nothing gets to the other side of the plug,” neurologist Amit Sachdev, M.D., an assistant professor and director of the Division of Neuromuscular Medicine at Michigan State University, tells SELF. And, when a part of the brain doesn’t get blood, it shuts down and dies.

Hemorrhagic strokes are a little different: They happen when you have bleeding in the brain via a ruptured blood vessel, Dr. Sachdev says. “The brain gets damaged when you bleed into it,” he says.

Treatment varies depending on the type of stroke someone had. If it’s an ischemic stroke, doctors will need to get the blood clot. A medication called TPA can be given if the stroke is caught early, Dr. Sachdev says, but surgery can be performed, too. “With a hemorrhagic stroke, the key is controlling the bleeding,” he says. “This means to get any blood thinners out of the body and control the blood pressure.” People who have a stroke may have lingering symptoms for the rest of their life but should get better over time. “We estimate one year to heal,” Dr. Sachdev says.