The Behavior That Could Drastically Reduce Your Desire To Smoke 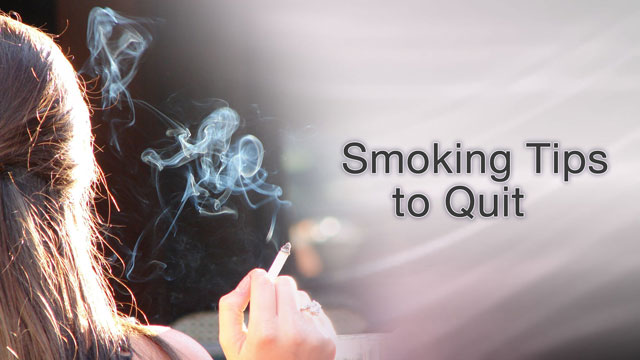 For smokers, breaking the habit can seem impossible, but where patches and gum fail, undergoing plastic surgery may succeed. A recent study has found that people who are advised to give up smoking in the weeks leading up to a plastic surgery operation are more likely to stay quit far past the operation. Plastic surgery may not be realistic for most smokers, but the finding suggests that quitting is possible for people who understand the health risks involved.

Patients are medically required to give up smoking for two weeks prior to most plastic surgery operations, as smoking increases the risk of complications. In fact, the risk is so high that some surgeons will refuse to conduct operations on smokers, the Consumer Guide to Plastic Surgeryreported.

This brief incentive to quit may be all that some smokers need to kick the habit for good. In a study of 42 daily smokers who gave up the habit for two weeks prior to their operation, most admitted that they had reduced their smoking habit by some amount, and 70 percent agree that discussing their increased surgical risk with their plastic surgeon had positively affected their ability to quit or reduce their smoking. What’s more, 40 percent admitted to no longer smoking daily fives years after the operation, and nearly 25 percent had not smoked at all since their surgery five years ago, Yahoo Beauty reported.

“I think perhaps what we saw with our study is the power of targeted messaging when trying to promote healthy lifestyle behaviors in patients,” lead author of the study, Aaron C. Van Slyke, told Yahoo Beauty. “We showed that specifically discussing the adverse effects of smoking on the patient’s surgical outcome was more influential in helping patients quit smoking than a discussion around the general negative effects of smoking on their health.”

In general, smoking constricts the blood vessels which in turn prevents oxygen from binding to blood cells. This can reduce the amount of oxygen in your bloodstream which could prevent surgery wounds from healing as effectively, the Consumer Guide to Plastic Surgery reported. While this may result in less than satisfactory plastic surgery results, it could also lead to far more dangerous consequences, such as necrosis, and wound separation. In addition to wound healing troubles, smokers are also more likely to have adverse reactions to anesthesia, and are more likely to develop infections following surgery.

In addition to surgical risk, the number of health consequences associated with smoking are endless. For example, according to the Centers for Disease Control and Prevention, cigarette smoke harms nearly every organ of the body, and causes more than 480,000 diseases each year in the United States. Smoking is also responsible for one in five deaths here.

While individuals realistically can’t undergo plastic surgery just to quit smoking, the results show speaking with a doctor about health risks can help people quit. Doctors may assume that their patients already understand the risks of smoking and so don’t need to do over this during a regular checkup, but such conversations can have real results.