The A positive (and A negative) blood type diet 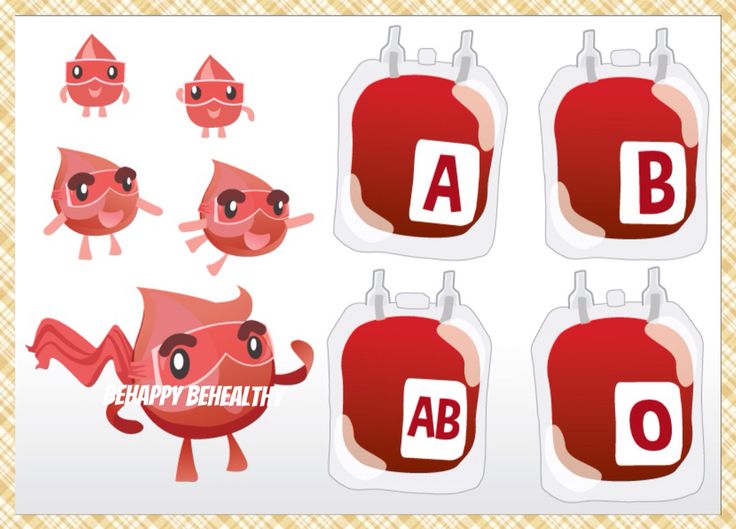 Diets that are based on a person’s blood type have been supported by doctors, including the naturopath Peter J. D’Adamo.

However, there is a lack of supporting evidence to validate the proposed health benefits of following a blood type diet.

A review of data published in the American Journal of Clinical Nutrition concluded: “No evidence currently exists to validate the purported health benefits of blood type diets.”

Despite this, supporters of blood type diets attempt to help people achieve overall good health and a lower disease risk through eating for their specific blood type.

More research needs to be done, but here, we will learn more about the importance of the body’s blood type, and the purported benefits of eating for an A, B, AB, or O blood type.

Fast facts on the A positive (and A negative) blood type diet:

What is the A blood type?

Blood has an array of cells that are needed for proper body function. These include plasma, red and white blood cells, and platelets.

Antigens are also present in blood and are responsible for triggering a response by the immune system to attacks from foreign substances, such as bacteria and viruses.

Eating for your blood type

Different blood types are believed to have different reactions to certain foods. The blood type A diet is designed to provide the most benefits to those with blood type A.

D’Adamo argues that when the blood comes in contact with certain food components, a chemical reaction occurs, specifically with a protein called lectin.

Lectins, which are proteins found in food, have believed to have a direct effect on the blood and the digestive tract.

These proteins bind to cells within the body, causing them to clump together and potentially cause hormonal disruptions. This disruption has a similar effect on the body as a foreign substance might.

Foods recommended by the diet

Certain foods are recommended for people with type A blood to eat, as well as avoid, in order to maintain optimal health. According to the diet, these are the foods that those with blood type A may benefit from:

Although people with type A blood may be best suited to a vegetarian diet, some animal products are allowed, including:

According to the diet, people with type A blood may consume most kinds of seafood with the most beneficial being:

Exceptions are on the “avoid list” of animal proteins further down this article.

Digesting dairy is allegedly difficult for people with type A blood, but certain types of dairy may be acceptable, including:

Nuts are a great source of protein and healthful fats. People following the type A blood diet can typically have most nuts, except for the ones listed in the “avoid” list. The most beneficial nuts for people following the diet include:

The most beneficial fats for people following the diet to eat include flaxseed oil and olive oil. Other allowable fats include canola and cod liver oil.

Beans are an excellent source of protein, iron, and fiber, and most types are acceptable in a blood type A diet.

According to the diet, beans are well-tolerated by people with type A blood, and those considered to be most beneficial include:

While most grains are well-tolerated by people with type A blood according to the diet, the most beneficial may include:

Allowable breads and grains include:

Many vegetables may be well-suited to people following the diet. Some of the recommended ones include:

The exceptions to the vegetable rule are listed below.

Similarly to vegetables, type A blood group individuals may be well-suited to fruits. Some of the recommended fruits for people following the diet include more alkaline fruits, such as:

Exceptions to the fruit rule are listed further down this article.

Spices and condiments that people following the diet are alleged to benefit from include:

Beverages that the diet allows include:

Foods that the diet avoids

Listed here are some of the foods that type A blood group individuals are advised to avoid for optimum health, according to the type A diet.

Shellfish, including shrimp, mussel, scallop, and oyster, are avoided by the blood type A diet.

The diet for A blood types recommends people to avoid consuming most animal meat products and certain seafoods, such as:

The diet suggests that people should avoid dairy products, including all cheeses and milk not listed in the allowed list.

Certain nuts and fats should be avoided by people following the diet, including:

Although beans are typically well-tolerated according to the diet, there are some that should be avoided, including:

While most grains may be well-tolerated by people with type A blood, the diet suggests that some should be avoided, including:

Breads that the diet avoids include:

Although many vegetables are well-tolerated by people with type A blood according to the diet, it recommends that these should be avoided:

According to the diet, people with type A blood typically tolerate most fruits very well, with potential exceptions being:

Spices and condiments to be avoided include:

Beverages the diet avoids include: