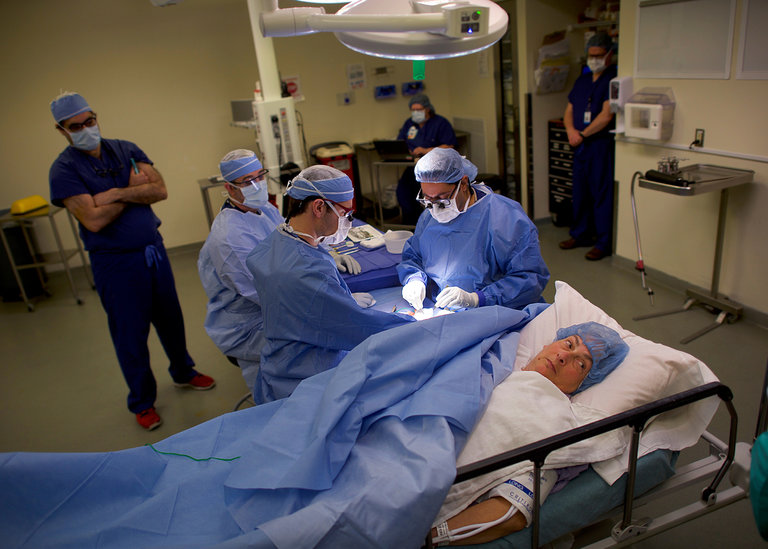 A brain aneurysm is a weak area in a blood vessel that supplies blood to the brain. It’s commonly treated with a surgical technique known as “clipping” while the patient is under general anesthesia.

Testing the procedure on 30 aneurysm patients, study leader Dr. Saleem Abdulrauf and his team were able to communicate with the patients and test their brain function during surgery.

During the operation, surgeons open the skull and clip the artery below the aneurysm so blood can no longer enter it. This causes the blood vessel to shrink and prevents it from rupturing. A ruptured aneurysm can lead to serious disability or death, according to the U.S. National Institute of Neurological Disorders and Stroke.

While sedated but conscious, three of the 30 patients developed warning signs of blocked blood flow, such as blurred vision or the inability to make a fist.

When these warning signs developed, the doctors were able to reposition the clips and resolve potential issues within seconds, said Abdulrauf, chair of neurosurgery at the university.

The patients never felt pain, Abdulrauf said. They were deeply asleep as the surgical team removed a piece of their skull and exposed the affected part of their brain. The patients were only awake and alert while their aneurysm was being clipped and the brain itself has no pain receptors, he explained

With standard surgery under general anesthesia, when one or more clips are placed there may be tiny vessels behind the aneurysm that could inadvertently get closed off, Abdulrauf said.

If these blocked arteries supply brain regions involved in critical function, such as speech, movement and vision, patients could wake up with permanent neurological deficits, he added.

Abdulrauf explained that brain wave monitoring that’s done while patients are under general anesthesia isn’t totally reliable. There is also no way to monitor patients’ vision when they are asleep, he said.