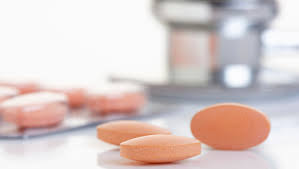 Staphylococcus aureus is a bacterium that is simultaneously part of our normal flora but that can also cause disease.

Fortunately, however, new research suggests that taking statins – medication commonly used to prevent heart disease – may prevent the risk of a staph bacteremia by almost a third.

The lead investigator for the research is Dr. Jesper Smit, of the Department of Clinical Microbiology at Aalborg University Hospital, and the findings were published in the journal Mayo Clinic Proceedings.

Statin users were grouped under “current users” – who were then broken down further into new or long-term use – “former users,” and “non-users.”

Long-term users were defined as such if they had received multiple prescriptions for statins for more than 90 days, while new users received their first prescription within 90 days prior to the study.

Participants had been prescribed statins for various chronic conditions, including diabetes, kidney disease, and liver disease.

During the 12-year follow-up period, the researchers found 2,638 cases of S. aureus bacteremia.

Current statin users were 27 percent less likely to have a community-acquired staph infection, and long-term users had a 30 percent lower risk of developing such an infection.

Additionally, the findings were dose-respondent, meaning that the more statins the users were taking, the less likely they were to acquire the infection.

Clinical implications of the findings

Dr. Smit expands on the significance of the findings, saying, “Our results indicate that statins may have an important place in the prevention of bloodstream infection caused by S. aureus, which would hold important clinical and public health implications.”

“Nevertheless,” he goes on to say, “our observations warrant confirmation in other settings and the biological mechanisms by which statin treatment may protect against this type of infection should be explored further.”

In an editorial accompanying the study, Drs. Daniel C. and Christopher V. DeSimone, both from the Mayo Clinic in Rochester, MN, explain the clinical implications of the findings.

They say, “The work by Smit et al. raises the exciting possibility that the pleiotropic effects [having multiple health benefits] of statins may also harbor important antimicrobial effects that may exert a clinically relevant benefit by conferring resistance to [community-acquired staph bacteremia].”

The editorial also emphasizes that the study “should stimulate randomized, placebo-controlled trials examining this effect of statins.”