Smoking Weed May Permanently Change How You Walk 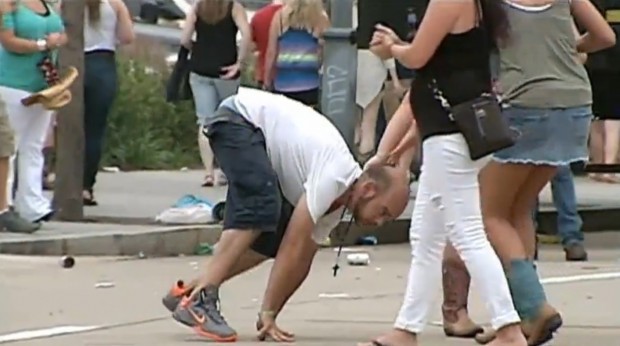 Marijuana has been given the green light when it comes to some form of legalization (medical or recreational), in more than half of all U.S. states. Undoubtedly, marijuana has some benefits to human health, such as pain management, but it can also influence the way people move. Researchers at the University of South Australia found pot smokers walk differently than non-smokers.

There were subtle differences in how each group walked, and there were long-lasting changes in certain elements of a person’s gait. The marijuana group, who were moderate-to-light users, moved their knees faster when swinging their leg forward to walk, but tended to move their shoulders less. The researchers did not find a difference in walking speed or balance.

In the marijuana group, the velocity of a person’s knee during the swing phase of gait was greater by seven percent than in non-drug users. The velocity of the knee during a swing phase of walking is a sign of increased cadence. Verity Pearson-Dennett, corresponding author of the study, believes the main take-away is that marijuana use can lead to subtle changes in the way people move.

“The changes in walking were small enough that a neurologist specializing in movement disorders was not able to detect changes in all of the cannabis users,” Pearson-Dennett told PsyPost.

To examine the effects of marijuana use on gait, researchers observed 22 participants who did not use drugs and 22 who had a history of pot use, but no history of illegal stimulant or opioid use. They underwent a series of screening tests, a gait and balance test, which included a motion capture system, and a clinical neurological exam of movement.

Similarly, a 2008 study found increasing levels of THC, or tetrahydrocannabinol, was linked with increased body sway. Meanwhile, a 2006 study noted high-potency marijuana (13 percent THC) has led to small motor deficits, like changes in balance. It seems marijuana dosage and frequent use are influential factors that can affect overall motor functioning.

The new study, published in the journal of Drug and Alcohol Dependence, does have some limitations. First, it’s a small sample size, meaning there are still a number of questions that need to be addressed. For example, does frequent pot use mean there’s a greater level of impairment? Pearson-Dennett also admitted, “the physiological mechanisms that underpin changes in movement are not well understood.”

It’s known marijuana can significantly impair judgement, motor coordination, and reaction time. Specifically, when it comes to driving, studies have found there’s a direct relationship between blood THC concentration and an impaired ability to drive. Moreover, marijuana may cause orthostatic hypotension (head rush or dizziness on standing up), possibly raising danger from fainting and falls, according to the National Institute on Drug Abuse.

As the decriminalization of marijuana accelerates in the U.S., there still remains more research to be done related to the risks of marijuana use on the body and mind.