Sharks! What They Can Teach Us About Our Health 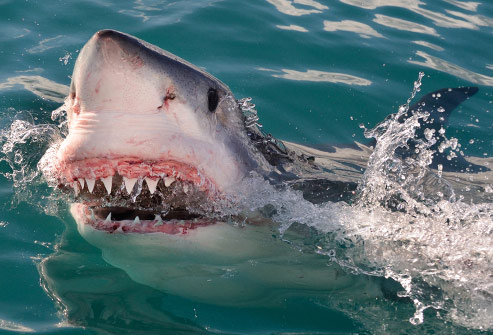 There’s a lot more to know about sharks than their bite.

Sharks heal quickly from wounds. They don’t get cancer very often. And they resist infections.

And while many people fear sharks, that hasn’t stopped them from using shark cartilage in the hopes of curing their cancer, arthritis, psoriasis, and diabetes, among other health conditions.

While little evidence supports those uses, researchers are studying sharks in hopes that they can help human health. (Experts also urge pregnant women to avoid eating shark meat because it has high levels of mercury.)

hale sharks often suffer severe injuries to their backs when boat propellers strike them, Schmidt says. “It’s not unusual to see a shark with a big slice through its back starting to heal six months later,” she says. A year later, she says, the injury is often barely noticeable.

Shark liver has a compound called squalamine that has antiviral and antibacterial properties.

A shark antibody known as IgNAR may also someday help fight cancer, Shivji says. This antibody has properties that may help scientists make a more targeted cancer therapy for people, he says.

In targeted therapy, a drug is attached to an antibody and then carried to the tumor cells to fight the cancer. The IgNAR antibody can enter the cancerous cells more easily and penetrate the cells more thoroughly than others used in targeted treatment.