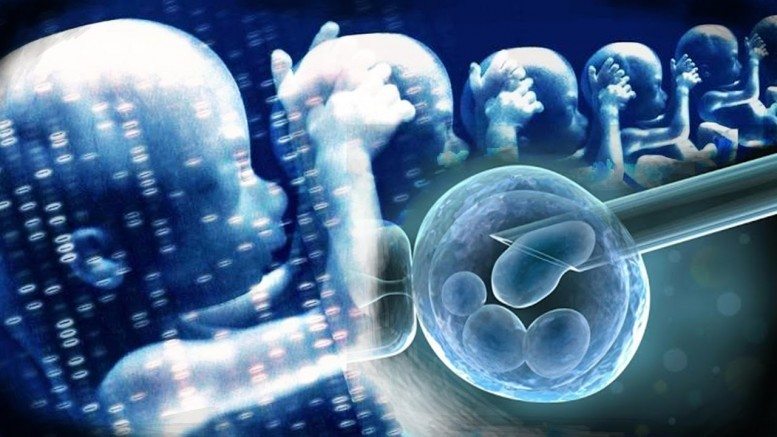 Sure, the main purpose of sex is procreation, but according to one researcher, in as little as 30 years, we may have more efficient and cheaper ways of making babies than good ole fashioned intercourse. According to Hank Greely, the director of Stanford Law School’s Center for Law and Biosciences, human reproduction may become automated faster than you realize.

Greely believes that within three decades, people will no longer have sex as a way to reproduce, and instead rely on genetically edited embryos grown from skin-derived stem cells, not the combination of an egg or sperm, The Independent reported. According to Greely, this process ensures that the embryo is free from any devastating genetic diseases, and would also be cheaper in the long run because of the money it would save in healthcare over the years. What’s more, Greely predicts that couples would be able to choose other genetic traits in their children, such as physical features and intelligence.

The idea may sound far-out, but according to Quartz, it already happens on a much smaller and limited scale as a way to prevent certain diseases. Although extremely expensive at the moment, advances in stem cell technology will help to drive down the cost. In addition, the amount that the government would save on not having to take care of sick babies would also make this more cost-efficient.

Making babies from skin cells rather than a traditional egg fertilized with sperm may sound like it’s straight out of Hollywood, but the technology is quickly advancing. The skin cells, one from the mother and the other from the father, are coaxed into becoming an egg or sperm cell, The New York Times reported. This also means that one day same-sex couples may be able to have biologically related children. So far, vitro gametogenesis (IVG), or making sex cells from stem cells, has only worked on mice.

There’s also the worry that being able to genetically manipulate your offspring may lead to a eugenics situation where less favorable traits get written out of the human genome forever. However, Greely also believes this is not the case.

“This is not designer babies or super babies,” said Greely, Quartz reported. “This is selecting embryos. You take two people, all you can get out of a baby is what those two people have.”