Scientists Just Identified The Physical Source of Anxiety in The Brain 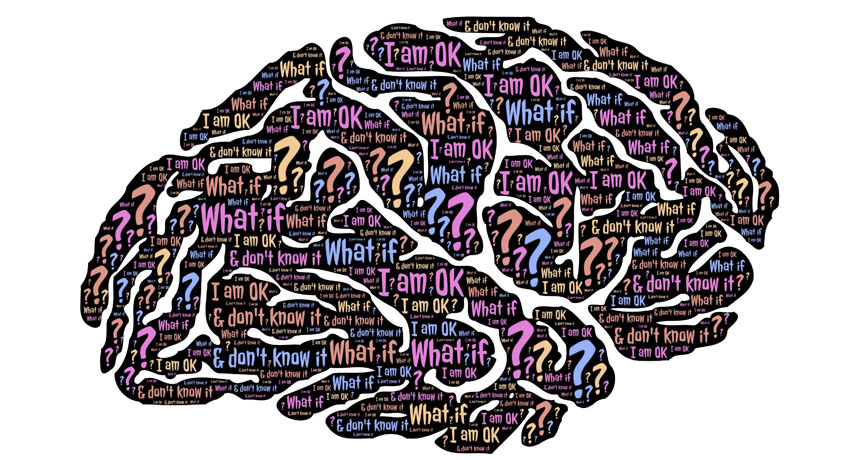 We’re not wired to feel safe all the time, but maybe one day we could be.

A new study investigating the neurological basis of anxiety in the brain has identified ‘anxiety cells’ located in the hippocampus – which not only regulate anxious behaviour but can be controlled by a beam of light.

The findings, so far demonstrated in experiments with lab mice, could offer a ray of hope for the millions of people worldwide who experience anxiety disorders(including almost one in five adults in the US), by leading to new drugs that silence these anxiety-controlling neurons.

“We wanted to understand where the emotional information that goes into the feeling of anxiety is encoded within the brain,” says one of the researchers, neuroscientist Mazen Kheirbek from the University of California, San Francisco.

To find out, the team used a technique called calcium imaging, inserting miniature microscopes into the brains of lab mice to record the activity of cells in the hippocampus as the animals made their way around their enclosures.

These weren’t just any ordinary cages, either.

The team had built special mazes where some paths led to open spaces and elevated platforms – exposed environments known to induce anxiety in mice, due to increased vulnerability to predators.

Away from the safety of walls, something went off in the mice’s heads – with the researchers observing cells in a part of the hippocampus called ventral CA1 (vCA1) firing up, and the more anxious the mice behaved, the greater the neuron activity became.

“We call these anxiety cells because they only fire when the animals are in places that are innately frightening to them,” explains senior researcher Rene Hen from Columbia University.

The output of these cells was traced to the hypothalamus, a region of the brain that – among other things – regulates the hormones that controls emotions.

Because this same regulation process operates in people, too – not just lab mice exposed to anxiety-inducing labyrinths – the researchers hypothesise that the anxiety neurons themselves could be a part of human biology, too.

“Now that we’ve found these cells in the hippocampus, it opens up new areas for exploring treatment ideas that we didn’t know existed before,” says one of the team, Jessica Jimenez from Columbia University’s Vagelos College of Physicians & Surgeons.

Even more exciting is that we’ve already figured out a way of controlling these anxiety cells – in mice at least – to the extent it actually changes the animals’ observable behaviour.

Using a technique called optogenetics to shine a beam of light onto the cells in the vCA1 region, the researchers were able to effectively silence the anxiety cells and prompt confident, anxiety-free activity in the mice.

“If we turn down this activity, will the animals become less anxious?” Kheirbek told NPR.

“What we found was that they did become less anxious. They actually tended to want to explore the open arms of the maze even more.”

By changing the light settings, the researchers were also able to enhance the activity of the anxiety cells, making the animals quiver even when safely ensconced in enclosed, walled surroundings – not that the team necessarily thinks vCA1 is the only brain region involved here.

“These cells are probably just one part of an extended circuit by which the animal learns about anxiety-related information,” Kheirbek told NPR, highlighting other neural cells justify additional study too.

In any case, the next steps will be to find out whether the same control switch is what regulates human anxiety – and based on what we know about the brain similarities with mice, it seems plausible.

If that pans out, these results could open a big new research lead into ways to treat various anxiety conditions.