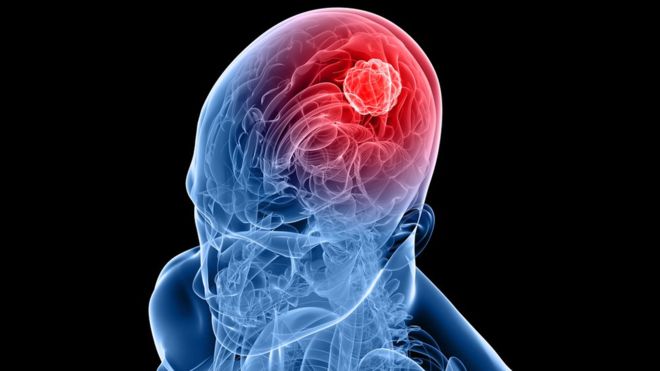 A new study demonstrates how brain tumors can feed despite being in a microenvironment with restricted nutrients and oxygen.

All cancer tumors need to “feed” in order to grow and spread. Much like healthy cells, cancer cells are unable to live without the presence of oxygen and nutrients – but tumors are usually located in a nutrient-starved microenvironment.

New findings, published in Molecular Cell, illustrate how tumors manage to feed and grow despite their relentless surroundings.

An enzyme known as acetyl-CoA synthetase 2 (ACSS2) is at the center of providing tumors with a route to survive. ACSS2 enhances the tumor’s ability to use acetate, a cellular salt, as a carbon-based source of food, instead of glucose. While glucose is more desirable to aid tumor growth, its supply in cancer cells is often limited.

Acetate provides the cancer cells that are located at the core of the tumor with a lifeline to not only survive while struggling with nutrient deficiency, but also a method to grow.

“Overcoming metabolic stress is a critical step in solid tumor growth. Acetyl coenzyme A (CoA), generated via glucose and acetate uptake, is a key carbon source for important cellular processes such as histone acetylation and gene expression,” says Zhimin Lu, Ph.D., professor of neuro-oncology and lead researcher of the study.

“However, how acetyl CoA is produced under nutritional stress is unclear. Our study explains the underlying mechanics of how this occurs, with ACSS2 as a novel and important method for gene expression under these circumstances.”

Lu and colleagues used a gene-editing tool called CRISPR to explore the role of ACSS2 in histone acetylation by generating nuclear acetyl CoA from acetate inside the nucleus of the cell.

Histones are vital for gene regulation. They are proteins that act as “spools” for DNA to wind around. Histone acetylation is a modification process that is a key part of gene expression. Histone modification using a metabolic enzyme was found to be significant for cells to remain stable and for the development of tumors.

The ACSS2 enzyme allows lysosomes, which are cellular structures that are known to contribute to tumor development, to be produced. Moreover, ACSS2 promotes autophagy – a “cannibalistic cell-feeding mechanism” – which, in turn, enables lysosomes to obtain, digest, and recycle key nutrients.

What is more, if nutrients outside the cell are in short supply, ACSS2 reprograms the cancer cell’s metabolism for cell survival and growth in two ways: by increasing autophagy, and by reusing products digested by lysosomes.