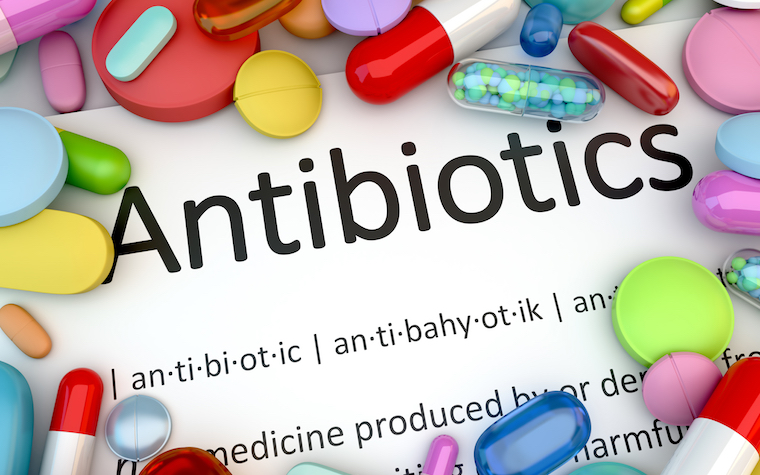 Researchers have discovered that reducing the use of antibiotics will not be enough to reverse the growing prevalence of antibiotic resistance for some types of bacteria.

Besides passing along the genes bestowing antibiotic resistance to their offspring, many bacteria can also swap genes amongst themselves through a process called conjugation. There has long been a debate, however, as to whether this process occurs fast enough to spread through a population that is not under attack by antibiotics.

In a new study, researchers from Duke University believe they have found a definitive answer to that question. Through a series of experiments with bacteria capable of conjugation, they show that all of the bacteria tested share genes fast enough to maintain resistance. They also show, however, that there are ways to disrupt the process and reverse antibiotic resistance.

The results appear online on Nov. 22 in the journal Nature Communications.

“The results came as a surprise to me when I first saw the data,” said Lingchong You, the Paul Ruffin Scarborough Associate Professor of Engineering at Duke University and corresponding author on the paper. “For all of the bacteria we tested, their conjugation rate is sufficiently fast that, even if you don’t use antibiotics, the resistance can be maintained –even if the genes carry a high cost.”

Most resistance to antibiotics arises and spreads through natural selection. If a few lucky bacteria have genes that help them survive a round of antibiotics, they quickly parent the next generation and pass on those genes.

Many of these genes, however, come at a cost. For example, a mutation may allow a bacterium to build a thicker membrane to survive a particular antibiotic, but that mutation might also make it more difficult for the cell to reproduce. Without the selective pressure of antibiotics killing off the competition, bacteria with this mutation should disappear over time.

But when the genes responsible for resistance can also be swapped between cells, the equation gets more complicated. In favor of maintaining the resistance is the rate at which the genes are shared. Working against it is the previously mentioned biological cost of the genes, and the natural error rate in genes when they are passed on.

“There have been some studies on how critical conjugation is to maintaining resistance despite its cost, but there has been a lack of careful and well-defined experiments to come to definitive conclusions,” said You. “That’s where Allison has made a central contribution. Her incredibly thorough measurements allow us to draw our conclusions with high confidence.”

Allison Lopatkin, a doctoral student in You’s laboratory and first author of the paper, carefully measured the rate of conjugation and antibiotic resistance in pathogens for more than a month. The strains were obtained through a parallel project with Duke Health, in which You is trying to determine just how common conjugation is amongst pathogens.

So far, You has found that more than 30 percent of the bacterial pathogens he has tested spread resistance through conjugation. And of those, nine were further tested by Lopatkin to see how well they would maintain their resistance in the abscence of antibiotics.

“Every single clinical strain we tested maintained its resistance through conjugation even without the selective pressure of antibiotics,” said Lopatkin.

The results indicate that — at least for bacteria that swap resistance genes — simply managing the amount of antibiotics being used will not turn the tide on the growing problem of resistance. To make any headway, according to You and Lopatkin, drugs will also be needed that both stop the sharing of genes and decrease the rate at which they are passed on through reproduction.

Luckily, such drugs already exist, and there may be many more out there waiting to be discovered.

“We did the same experiments with one drug that is known to inhibit conjugation and another that encourages resistance genes to be lost,” Lopatkin said. “We found that without the presence of antibiotics we could reverse the bacteria’s resistance in four of the pathogens we tested and could stop it from spreading in the rest.”

One of the drugs is a benign natural product and the second is an FDA-approved antipsychotic. While the team has filed a provisional patent for the use of the combination to reverse antibiotic resistance, they hope future work will reveal even better options.

“As a next step, we’re interested in identifying additional chemicals that can fill these roles more effectively,” said You. “Historically, when researchers screened huge libraries for medicines, they focused on drugs that can kill the bacteria. But what our studies suggest is that there is a whole new universe where you can now screen for other functions, like the ability to block conjugation or to induce the loss of resistance genes. These chemicals, once proven safe, can serve as adjuvants of the standard antibiotic treatment, or they can be applied in an environmental setting as a way of generally managing of the spread of antibiotic resistance.”