Reasons Why Couples Stay Together Or Break Up 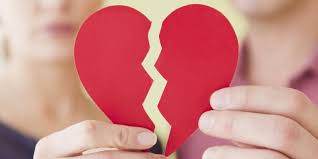 Relationships are great — there’s cuddling, hand-holding, and fulfilling sex (hopefully), but they can also be difficult. Poor compatibility, lack of love, or the inability to be open and selfless are common in relationships on the rocks. Couples begin to wonder, “should we stay or should we go?”

To answer this question, researchers at the University of Utah in Salt Lake City, in collaboration with researchers from the University of Toronto in Canada, have found the top 50 reasons why couples stay together or split up in romantic relationships. They yielded a list of 27 different reasons why people would stay in a relationship and 23 reasons they would leave. At the top of the stay list: emotional intimacy, investment, and a sense of obligation. At the top of the leave list: issues with a partner’s personality, breach of trust, and partner withdrawal.

Samantha Joel, lead author of the study and a Utah psychology professor, and her colleagues, were surprised at how many mixed feelings couples had about their relationship.

“What was most interesting to me was how ambivalent people felt about their relationships. They felt really torn,” she said in a statement.

In the study, published in Social Psychology and Personality Science, researchers found individuals in both dating and married situations gave similar reasons for wanting to leave a relationship, but there were significant differences in wanting to stay between the two groups.

For example, those in a dating relationship considered staying based on more positive reasons, including aspects of their partner’s personality that they like, emotional intimacy and enjoyment of the relationship. Meanwhile, those who were married stated more constraint reasons for staying, like investment into the relationship, family responsibilities, fear of uncertainty, and logistical barriers.

This coincides with previous research on why married couples choose to stay in relationships, even when they’re unhappy. A 2013 study conducted by Slater & Gordon, a UK law firm, found the main reason people stay together in bad relationships is fear —  fear of divorce, fear of being alone, and fear of not being financially stable on their own. Moreover, one in four married parents admitted they sometimes feel they only stay together for the sake of the children.

Joel and her colleagues agree most research on breakups has been predictive when it comes to trying to predict whether a couple stays together, but little is known about the decision-making process. This prompted the researchers to seek out the specific relationship pros and cons that people are weighing whether they’re dating or married. They believe their findings could help therapists working with couples, and lead to further research in the decision-making process.

In the first phase of the study, a diverse sample of participants were asked open-ended questions about the reasons they would continue and the reasons they would end a relationship. There were a total of three groups of respondents: the first group consisted of 135 undergraduate students who were asked about potential reasons why a person might decide to stay or leave a relationship; the second group of 137 undergraduate students had contemplated a breakup at a time prior to the study and were asked to provide answers to open-ended questions; and the third group consisted of American Mechanical Turk workers who were considering whether or not to break up at the time of the study.

The researchers created a coding scheme for reasons to stay and leave based on answer themes that reappeared throughout the three samples, leaving out an “uncodable category” for particularly ambiguous replies. The researchers found a total of 27 different reasons for staying and 23 reasons for leaving.

In the second phase, Joel and her research team used these reasons to create a questionnaire, and then administer it to another group of participants. These respondents were also debating whether or not to end the relationship they were in during the study. This group was made up of people who were either dating for an average of 2 years or married, or together for 9 years, on average.

The findings suggest most people felt ambivalent about their relationships. Most people have standards and deal breakers about the type of person they want to date or marry. However, these often go out the window when people meet someone.

“From an evolutionary perspective, for our ancestors finding a partner may have been more important than finding the right partner,” said Joel.

Previous research suggests if you ask people in relationships about their ideal romantic partner preferences, usually their current partner is a close match to these preferences. But, this could be attributed to people changing their preferences to match the realities of their new partner when entering a relationship. Or, it could reflect partners changing each other over time to match more closely their own preferences. In other words, preferences could be evolving based on the person you’re dating.

The truth is, relationships can start off easy, but become difficult over time, which can be physically, mentally, and emotionally taxing on individuals.