Protect your eyes from computer and smart phone screen time 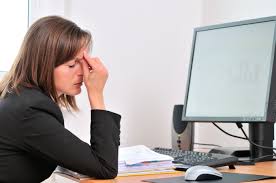 With our ever-growing reliance on modern technology many of us – especially the younger generation – spend increasing amounts of time glued to our computer or smart phone. If you or your grandkids fit that bill then you’ll want to know about the latest research findings on how to protect your eyes and sight.

In the randomised, double-blind, Blue Light User Exposure (B.L.U.E.) study, 48 adults – aged between 18 and 25 years old, with six or more hours of daily near-field screen time exposure – received a placebo or 24 milligrams of lutein plus zeaxanthin each day for six months. The researchers assessed visual performance measures, physical indicators of excessive screen time, sleep quality and macular pigment optical density before and after the treatment period.

At the end of the six-month study, participants who received the carotenoids experienced improvement in all visual performance measures, macular pigment optical density, eye strain, eye fatigue, headache frequency, and sleep quality compared to the placebo group. Improved sleep was not associated with macular pigment optimal density increase and was suggested to be the result of decreased oxidative stress and inflammation.

Commenting on the findings, lead researcher Dr. James Stringham, of the University of Georgia’s Department of Psychology, said: “10 years ago we saw a surge in near field technology holding or using devices within arm’s length, resulting in increased complaints around high screen use – neck pain, eye strain and fatigue, headaches. This has led to an opportunity with supplementation – a simple mode of therapy with specific nutrients that have a wealth of benefits as they deposit in the eye. After six months of supplementation we saw significant reduction around 30 per cent in these symptoms and significant improvement in measures of visual performance and protection.”

To increase your intake of lutein and zeaxanthin eat more leafy green vegetables, courgettes, garden peas, Brussels sprouts, eggs, and dark-coloured fruits like berries. Alternatively you can take lutein and zeaxanthin in supplement form – normally obtained from bilberry extracts – at a dose of 150mg a day.