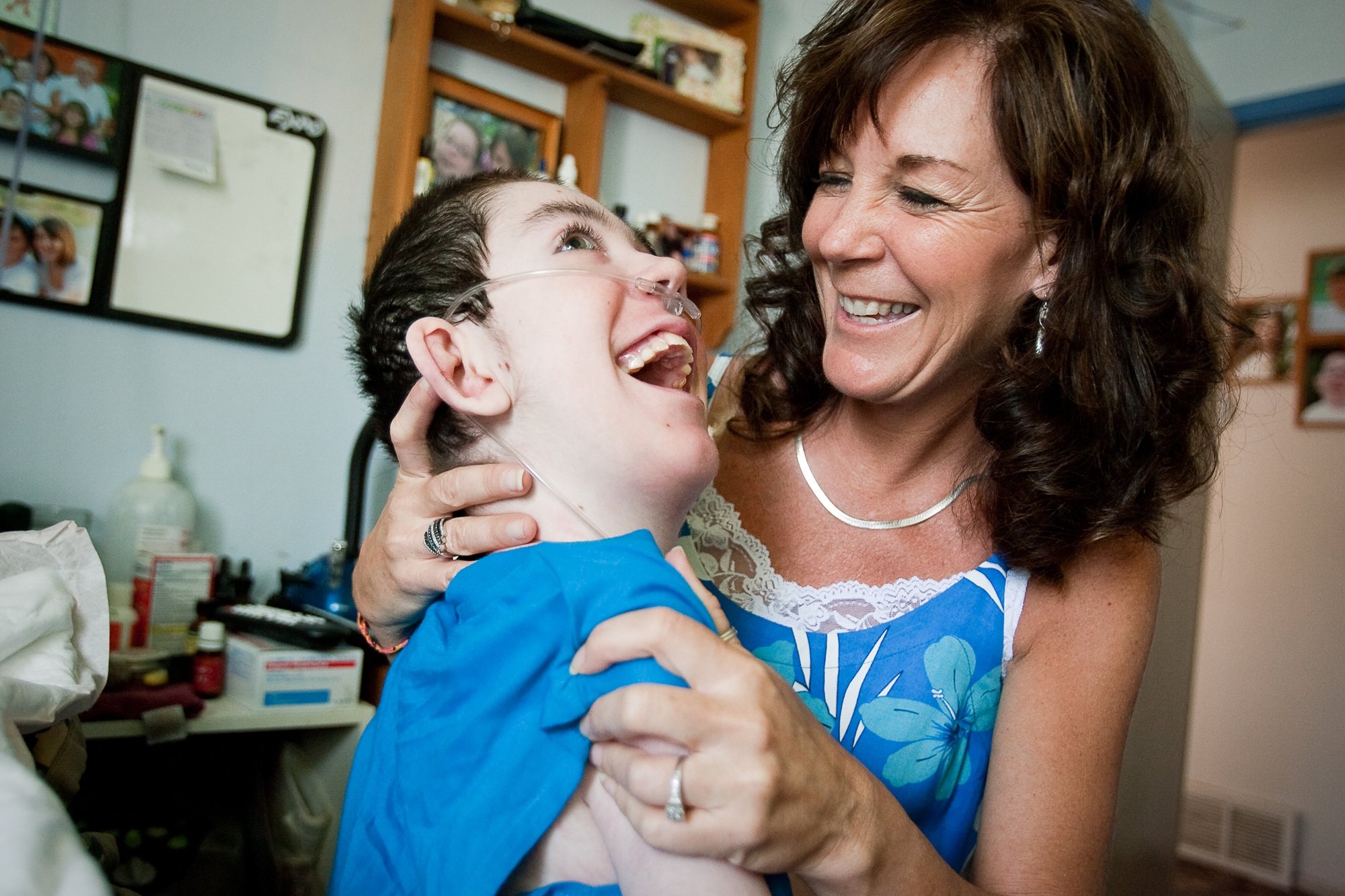 Pelizaeus-Merzbacher disease (PMD) is a congenital hypomyelination disorder caused by changes affecting the proteolipid protein 1 gene (PLP1) located on Xq22.2. Generally, patients with PLP1 missense mutations show the most severe form of PMD (connatal form); however, two-thirds of patients with PMD carry PLP1 duplications and present typical manifestations of the disorder, recognized as the classical form. Although Pelizaeus-Merzbacher disease and X-linked spastic paraplegia type 2 are nosologically distinguished, they are at opposite ends of a clinical spectrum of X-linked diseases caused by mutations of the same gene, the proteolipid protein 1 (PLP1) gene, and result in defective central nervous system (CNS) myelination (see the image below). (See Etiology.) This disease has a progressive and almost unvarying course, which is the clinical key to differentiating it from other entities such as infantile cerebral palsy, peripheral neuropathies or multiple sclerosis, etc. It is necessary to suspect this diagnosis and confirm alterations in the PLP1 gene with the aim of obtaining a real incidence of this entity, which is probably underestimated, like other leukodystrophies.

Clinical signs usually include some combination of nystagmus, stridor, spastic quadriparesis, hypotonia, cognitive impairment, ataxia, tremor, and diffuse leukoencephalopathy on magnetic resonance imaging (MRI). Seizures and perinatal stridor are rare signs and are typically seen only in the most severe cases. (See Presentation and Workup.)

Severe clinical syndromes (sometimes referred to as the connatal forms of Pelizaeus-Merzbacher disease) are typically caused by missense and other small mutations that affect critical positions in PLP1, whereas the milder spastic paraplegia syndrome is caused by mutations that presumably affect less critical regions of the protein. The most common mutations that cause Pelizaeus-Merzbacher disease are duplications of a region of the X chromosome that includes the entire PLP1 gene. (See Etiology.)

Severe Pelizaeus-Merzbacher disease is often fatal during the first decade of life, typically due to respiratory complications. (See Prognosis and Treatment.)

So far, no case reports of patients of African descent have been published; however, the author is aware of African Americans with Pelizaeus-Merzbacher disease. The disease has been reported in people of Asian, Middle Eastern, and European descent

Pelizaeus-Merzbacher disease typically affects males, but female heterozygotes can be clinically affected, especially those who carry alleles that are relatively mild in males.

Females who are heterozygous for the less severe alleles of PLP1 that are not believed to cause oligodendrocyte cell death or apoptosis may develop a more progressive and nonremitting syndrome, which usually begins during adulthood.

Individuals with connatal Pelizaeus-Merzbacher disease typically die of respiratory complications during childhood, but with attentive care, they can live into the third decade of life. Patients with classic Pelizaeus-Merzbacher disease (such as that caused by PLP1 gene duplications) can live into the fifth or sixth decade of life.

Patients with a predominantly spastic paraplegia phenotype have a normal life span and may even reproduce.

Each form of Pelizaeus-Merzbacher disease may have real or apparent intervals of stability, but the overall the trend is gradual progression. As discussed below, heterozygous females who carry a severe mutation are usually healthy, but those who carry a relatively mild mutation may develop neurologic signs, including spastic paraparesis and dementia, that typically manifest during adulthood.

Respiratory difficulty and stridor can be severe enough in infants with connatal disease to require the use of a tracheostomy or other airway protection. As the child grows older, the need for such measures may lessen.

Orthopedic complications are common in Pelizaeus-Merzbacher disease (PMD). Joint contractures are common in the legs and, to a lesser extent, the arms. Scoliosis can be severe enough to cause restrictive lung disease. Regular physical medicine evaluations, bracing, and physical therapy, as well as other treatments for spasticity, may reduce or delay the need for surgical therapy.

Dysphagia in Pelizaeus-Merzbacher disease can be severe enough to necessitate consideration of feeding tube placement.

In heterozygous females with alleles that are severe in males, the defective oligodendrocytes die and are replaced by healthy oligodendrocytes, and neurologic function is maintained or improves with maturation. Females who are heterozygous for less severe alleles of PLP1 that are not believed to cause oligodendrocyte cell death or apoptosis may develop a more progressive and nonremitting syndrome, which usually begins during adulthood. [9]

Some females with Pelizaeus-Merzbacher disease (such as the original Pelizaeus-Merzbacher disease family) probably have a clinical course much like that of affected males, in which the symptoms do not remit and may be the result of skewed X inactivation (ie, most oligodendrocytes have inactivated the normal X chromosome, and insufficient healthy oligodendrocytes are available to effectively myelinate the CNS).