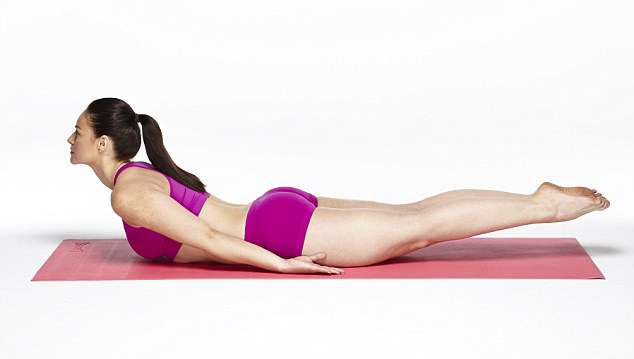 No matter which osteoporosis drug your doctor chooses for you, it’s helpful to know as much as possible about how the disease has affected you. One way to tell is to ask about your “markers.”

What a difference a decade makes. In 1995, Fosamax, the first medication in a class of drugs called bisphosphonates, came on the market.

Bisphosphonates affect what’s called the bone remodeling cycle, which involves bone resorption (the dissolving of existing bone tissue) and formation (the filling of the resulting small cavities with new bone tissue). Usually, these two parts of the cycle are balanced, but when resorption outpaces formation, you eventually have osteoporosis

By slowing or stopping the bone-resorbing portion of the remodeling cycle, bisphosphonates allow new bone formation to catch up with bone resorption. Fosamax and other drugs such as Actonel, Boniva, and Reclast increase bone density and help prevent and treat osteoporosis and/or reduce the risk of fractures.

“Over three years on Fosamax, you can expect a 6% to 8% increase in spinal bone density and a 4% to 6% increase in hip bone density,” says Michael Holick, MD, PhD, a professor of medicine, physiology, and biophysics at Boston University Medical Center. “And the bisphosphonates have been found to reduce spinal fracture by as much as 60% over three years, and hip fractures by as much as 50%.”

Recently completed studies show that these effects continue with long-term use. “You see the most dramatic effect in the first three to five years on the medications, but we continue to see a smaller but significant increase in bone density for up to 10 years,” Holick says. “More important, if you stop taking the drugs, you begin to lose bone at the same rate you would have before.”

But bisphosphonates do have some limitations. For one thing, the regimen for taking them effectively is very intense. Since as little as 1%- 5 % of the drug is absorbed by your body — the rest is excreted — you have to make sure to make the most of every dose. With drugs like Fosamax and Actonel, this means taking it first thing in the morning once a week — and then not ingesting anything else for half an hour to an hour.

“You have to stay upright for 30 to 60 minutes, and if you even brush your teeth, drink coffee, or juice, or take a nasal spray or mouthwash, it can affect the absorption rate,” says Robert Recker, MD, MACP, professor of medicine and director of the Osteoporosis Research Center at Creighton University School of Medicine in Omaha, Neb. “You take the pill with 8 ounces of water, and then nothing more for up to an hour. I was surprised at how many people find that very difficult.”

In a small percentage of patients, bisphosphonates can also cause some gastrointestinal problems. “Some people do have GI complaints,” says Holick. “It’s a very small number, but a few people just can’t tolerate it.”

Other Options to Stop Bone Loss

For those patients, another option is Evista (raloxifene), one of a class of drugs known as selective estrogen receptor modulators, or SERMs, designed to offer some of the benefits of estrogens without their potential drawbacks (such as increased breast cancer risk).

“It’s hard to compare the data directly, but while it’s effective in maintaining bone density, I tend to think it’s not quite as effective as the bisphosphonates,” says Recker.

But if a patient has difficulty taking bisphosphonates because of gastrointestinal problems –perhaps if she’s only at risk for osteoporosis, a condition known as osteopenia — Evista may be a good option. “I tend to use it in younger women, in their 50s or early 60s, who have osteopenia and show markers of increased bone resorption,” says Holick. “They may not need to increase bone density, but rather just keep what they’ve got.”

One other option: hormone replacement therapy, or HRT. This isn’t generally used as a front-line osteoporosis therapy these days, though. Rather, its bone-density benefits are often an add-on benefit for women who take HRT to cope with menopausal symptoms. HRTs are used much less in recent years, and always with caution, because of research showing that they can increase the risk of blood clots (so can Evista), heart attack and stroke, and breast cancer.

Fortical and Miacalcin contain the active ingredient calcitonin, which is a naturally occurring hormone that inhibits bone loss. It is available as a nasal spray or injection. Undesirable side effects include nausea and skin rashes.

Prolia is a treatment approved for the treatment of osteoporosis in postmenopausal women who are at high risk for fracture. Prolia is a so-called monoclonal antibody — a fully human, lab-produced antibody that inactivates the body’s bone-breakdown mechanism. It’s the first “biologic therapy” to be approved for osteoporosis treatment. It is given by injection twice a year. The most common side effects seen in patients taking Prolia are back pain, pain in the extremities, muscle and bone pain, highcholesterol levels, and urinary bladder infections.

The drug also appears to lower calcium levels. Patients with low bloodcalcium levels should not take Prolia until the condition is corrected.

What if you could not only slow the breakdown of old bone, but actually stimulate the body to build more new bone? That’s what Forteo does. Approved by the FDA in December 2002, Forteo is the first in a new class of drugs called parathyroid hormones. They treat osteoporosis by stimulating bone-forming cells called osteoblasts.

It’s an exciting drug, says Holick. “It has a dramatic effect on bone, increasing bone mineral density in the spine by as much as 13% in 18 months and reducing the risk of fracture by as much as 90%.”

So why isn’t every woman with osteoporosis taking it? Cost, mostly. Forteo costs about $600 a month, and it also must be injected every day. For those reasons, it’s generally only prescribed for patients with severe osteoporosis, or who have already had one or more fractures.

But that may not always be the case. Holick notes that research on less expensive, easier-to-deliver versions of this drug is already in the works. “There are a huge number of potential new treatments on the horizon, actually, a number of which are already in phase III trials,” he says. “Now that we better understand the mechanism by which our bone cells work, we have a better idea of the strategies that can be used to stimulate bone cells to make new bone, or inhibit the removal of calcium.”

No matter which osteoporosis drug your doctor chooses for you, it’s helpful to know as much as possible about how the disease has affected you. One way to tell is to ask about your “markers.”

When you’re being treated for osteoporosis, your doctor orders a blood or urine test. This reveals several markers — levels of different enzymes, proteins, and other substances circulating in the body — that provide clues about your disease and the progress of your treatment. Some of the bone markers that your doctor may order include alkaline phosphates, bone specific alkaline phosphatase (BALP), and serum or urine NTX. These are used to help determine bone turnover.

Some of these measures include:

The problem, says Recker, is that none of these markers is particularly reliable. “The markers of bone resorption and bone formation are generally up in menopausal osteoporosis, but they don’t behave with as much precision and truthfulness as we would like,” he says. “We still don’t understand the physiology associated with them very well.”

That doesn’t mean doctors don’t still use them. It simply means that these markers alone can’t indicate whether you have osteoporosis, or whether a treatment is working.