he new European guidelines for diagnosing and managing arterial hypertension maintain the previous classification system based on blood pressure  (BP) levels but recommends a harder-hitting initial treatment approach compared to the previous version, released in 2013.

But new in 2018, the European guidelines recommend drug therapy to a systolic BP target less than 140 mm Hg for most patients with higher blood pressures but also to less than 130 mm Hg for patients younger than 65 years who can tolerate it.

Those BP treatment thresholds contrast with those in the controversial 2017 US guidelines developed jointly by the American College of Cardiology (ACC), American Heart Association (AHA), and other societies.

Williams co-chaired the 2018 ESC/ESH hypertension guidelines development task force along with Giuseppe Mancia, MD, University of Milano-Bicocca, Italy. They showcased the document, which is scheduled for formal publication in August, here at the ESH’s 28th European Meeting on Hypertension and Cardiovascular Protection.

“In people under the age of 65, we recommend targeting systolic blood pressure to 130 mm Hg, and lower if possible, but not lower than 120 mm Hg,” Williams said. The recommended target is less than 140 mm Hg for patients aged 65 and older, as tolerated, “but not less than 130 mm Hg.”

Some on both sides of the Atlantic have criticized the 2017 US guidelines’ classification of blood pressure in the 130 to 139/80 to 89–mm Hg range as stage 1 hypertension, which had previously been called “prehypertension,” as too expansive.

As reported recently by Medscape Medical News, an analysis in JAMA Cardiology last month estimated that the stage 1 classification takes in 45.4% of the US population, or 105 million adults. That’s a bump-up by almost half, compared to the looser hypertension classification in prior US guidelines.

Start With a Dual-Agent Pill

The European guidelines also evolved from 2013 to 2018 in their intensified focus on BP control from the outset of medical therapy.

“The new ESC-ESH guidelines have made a radical new recommendation to treat hypertension in most patients with two-drug therapy as initial therapy, and usually as a single pill combination,” Williams said.

The previous European document framed dual-agent initial therapy as more of an exception than a rule, recommending an initial monotherapy trial for most patients. They said two agents could be considered in patients beginning therapy with an especially high blood pressure or in those with cardiovascular disease.

“The objective here is to try and normalize the concept that patients should usually be treated with two drugs as initial therapy,” he said.

“We recommend single-pill therapy when possible to try and improve treatment adherence, which is a major factor contributing to poor BP control. We think this will transform BP control rates, if adopted.”

The 2017 US guidelines recommend that most adults with blood pressure in a range indicating drug therapy should start with two agents, especially if they are initially in stage 2 hypertension, that is with a BP higher than 140/90 mm Hg, or are African American.

Recommended initial drug therapy for uncomplicated hypertension in the new European document includes either an angiotensin-converting enzyme (ACE) inhibitor (ACE-I) or angiotensin receptor blocker (ARB) plus either a calcium-channel blocker (CCB) or a diuretic, preferably in single-pill form.

Stepped-up treatment would consist of an ACE-I/ARB plus a CCB and diuretic, also ideally in a single pill.

For patients still not at their treatment goal, spironolactone, a more standard diuretic, or an α-blocker or β-blocker might be added.

β-Blockers should be considered at any stage, the guideline says, for patients with an accepted indication for them, such as coronary heart disease or atrial fibrillation. 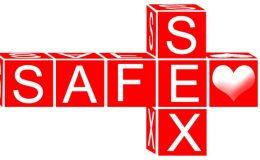 A sexually transmitted disease (STD) is an infection that’s spread during sexual contact with another person. This includes touching, since some STDs can be spread from skin-to-skin contact. In general, STDs are highly preventable. Almost 20 million new STDs are diagnosed each year in the United States, according to the Centers …