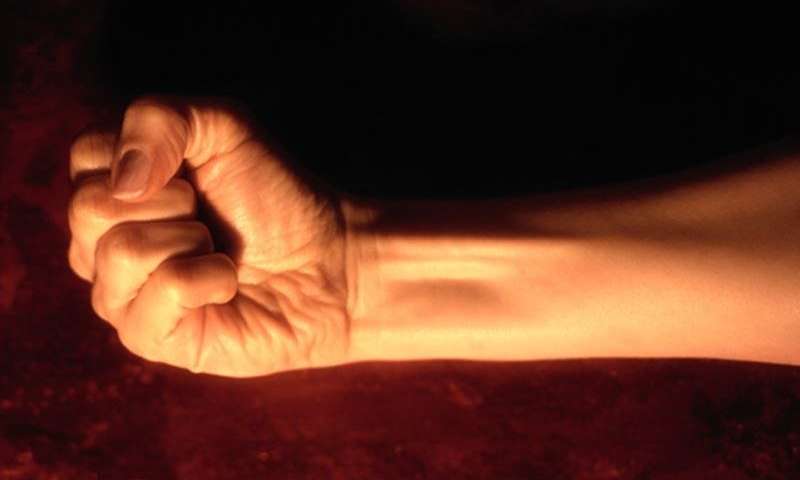 Transferring the C7 nerve from the nonparalyzed to the paralyzed side in patients with a stroke or other cerebral injury resulted in improved function and reduced spasticity in the affected arm, new research has shown.

“In this single-center trial involving patients who had had unilateral arm paralysis due to chronic cerebral injury for more than 5 years, transfer of the C7 nerve from the nonparalyzed side to the side of the arm that was paralyzed was associated with a greater improvement in function and reduction of spasticity than rehabilitation alone over a period of 12 months,” they conclude. “Physiological connectivity developed between the ipsilateral cerebral hemisphere and the paralyzed hand.”

Spastic limb paralysis due to a stroke or other injury to the cerebral hemisphere causes long-term disability. An estimated 30% to 60% of stroke survivors are unable to use their paralyzed hand.

There’s evidence for involvement of the contralateral hemisphere in the recovery of hand function after a stroke, said the authors. Their previous work suggested that by transferring a cervical spinal nerve from the unaffected side to the paralyzed side, a paralyzed hand could be functionally connected to the unimpaired cerebral hemisphere.

Activation of the paralyzed arm requires both physiologic connections of the anastomosed nerve to contralateral nerves and connectivity of the cerebral hemisphere ipsilateral to the injury to the grafted nerve.

The C7 spinal nerve, one of five that give rise to the brachial plexus, contains thousands of nerve fibers. The motor function of the C7 nerve largely overlaps with that of the other four nerves, so severing this nerve usually results in only transient weakness and numbness in the ipsilateral upper extremity.

The study included 36 patients, all male, mean age about 26 years, at the Huashan Hospital in Shanghai. The patients had hemiplegia due to a stroke, traumatic brain injury, cerebral palsy, or encephalitis, manifesting mainly as spasticity and weakness in the upper extremity contralateral to the cerebral lesion.

At baseline, all patients were unable to reach and grasp with their paralyzed hand and were unable to dress, tie shoes, wring out a towel, or operate a mobile phone with the affected hand.

Patients had to have arm paresis that had ceased to improve after at least 5 years of rehabilitation. The muscle power and tactile sensitivity in the affected hand had to be decreased but not absent.

MRI showed isolated injury to the brain hemisphere contralateral to the paralyzed hand.

The surgical technique used in the study involves making an incision at the superior aspect of the sternum, mobilizing the donor C7 nerve on the nonparalyzed side, sectioning it as distally as possible but proximal to the point at which it combines with other nerves, and routing it between the spinal column and esophagus.

The donor nerve is then anastomosed directly with the C7 nerve on the paralyzed side, which has been sectioned and mobilized as proximally as possible.

The rehabilitation took place four times a week for 12 months and was administered by physiotherapists who were aware of the treatment assignments. The sessions included active exercise, passive range-of-motion exercises, occupational therapy, functional training, physical therapy, acupuncture, massage, and the use of orthoses.

The primary outcome was change in total score on the Fugl-Meyer upper-extremity scale, which measures motor impairment. The scale assesses 33 items, each scored from 0 to 2, with higher scores indicating better function.

Secondary outcomes included changes in the Modified Ashworth Scale score for the elbow, forearm, wrist, thumb, and digits 2 to 5. This scale measures spasticity from 0 to 5, with higher values indicating more spasticity. The researchers considered a positive outcome to be a significant improvement in at least one of the five joints tested.

Other outcomes included active range of motion and functional use of the paralyzed arm in terms of being able to perform four tasks: dressing, tying shoes, wringing out a towel, and operating a mobile phone. The proportion of patients who could do at least three of these tasks was a post hoc outcome.

Scores increased significantly at months 10 and 12 in the surgery group.

Changes in spasticity significantly favored the surgery group at all joints. The authors noted that in some patients, release of spasticity started as early as the first postoperative day.

In the surgical group, 16 patients were able to use the paralyzed hand to perform at least three of the tasks compared with none in the control group.

Electrophysiologic testing, transcranial magnetic stimulation of the cortex, and functional MRI showed physiologic connectivity between the ipsilateral cerebral hemisphere and the paralyzed hand in the surgery group.

Most of the clinical improvements “coincided with physiological evidence of connectivity between the hemisphere on the side of the donor nerve and the paralyzed arm,” the authors write.

Surgery-related adverse events on the side of the donor nerve included numbness in the hand and decreased elbow or wrist extension, most of which resolved over time. There were no significant differences in sensorimotor function in the nonparalyzed limb between baseline and 12 months, with the exception of a decrease in sensory function in the index finger.