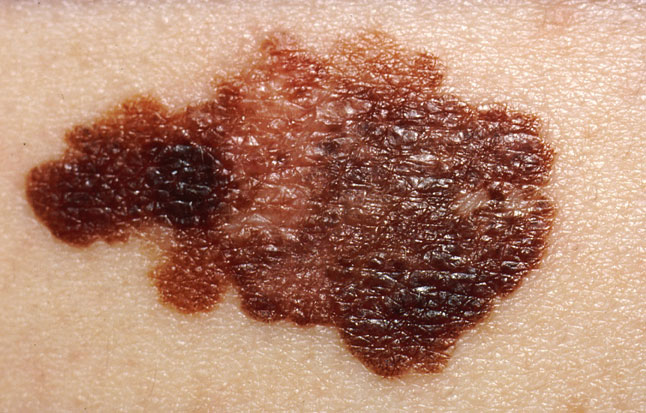 Researchers suggest that their study pinpoints a mechanism by which melanoma cells themselves can change the immune microenvironment inside tumors to ensure their continued growth.

Writing in the journal Cell Reports, University of California-Irvine (UCI) researchers describe how they found that tumors with ATR mutations recruit more pro-tumor macrophages and block the recruitment of anti-tumor T cells.

Senior author Anand K. Ganesan, associate professor of dermatology at UCI, explains that cancers arise “not only because they acquire mutations that promote their growth but also because they are able to prevent the immune system from recognizing and removing them.”

Melanoma is a cancer that usually begins in the melanocytes – skin cells that make melanin, the pigment that gives color to human skin, hair, and eyes.

Melanomas can arise anywhere on the skin, but they are more likely to begin on the legs in women and on the chest and back in men. Other common sites include the neck and face.

Cancers of the skin are the most common type of cancer by far, and while melanoma accounts for only 1 in every 100 cases, it causes the majority of deaths from skin cancer.

Rates of melanoma in the United States have risen over the past 30 years. The American Cancer Society estimates that in 2017, there will be around 87,110 new cases of melanoma and approximately 9,730 deaths from the disease.

Immunotherapy is a relatively new field that is developing cancer treatments that work by promoting the body’s natural defenses to fight the disease.

The more that researchers discover about the interplay between cancer and the immune system – particularly at the level of cells and molecules – the better are the chances of developing immunotherapies that target specific types of cancer.

In their study paper, Prof. Ganesan and colleagues mention that previous studies have revealed numerous ways in which interaction between melanoma cells and immune cells can influence tumor growth, spread, and resistance to treatment.

For example, cancer cells express PD-1 – a protein that reduces the ability of the immune system’s T cells to attack cancer cells.

Immunotherapy drugs that block PD-1 can activate the anti-cancer response and cause tumors to regress.

For their investigation, the team decided to focus on ATR – a protein that recognizes and repairs DNA damaged by exposure to UV light and which plays a role in cell reproduction.

They showed that introducing mutations that impair these functions in ATR into mice with melanomas accelerated tumor growth and the accumulation of mutations.

The authors also note that mouse melanomas with these ATR mutations “recruited proinflammatory macrophages while repelling T cells important for the anti-tumor response.”

Researchers suggest that their findings pinpoint a mechanism by which melanoma cells themselves can alter the immune microenvironment inside tumors to promote their continued growth.

The team also suggests that the mouse model they used in the study offers an ideal system for investigating how melanomas affect the immune response, as well as improving the design of immunotherapies.