MDS symptoms: What are the signs of pre-leukemia? 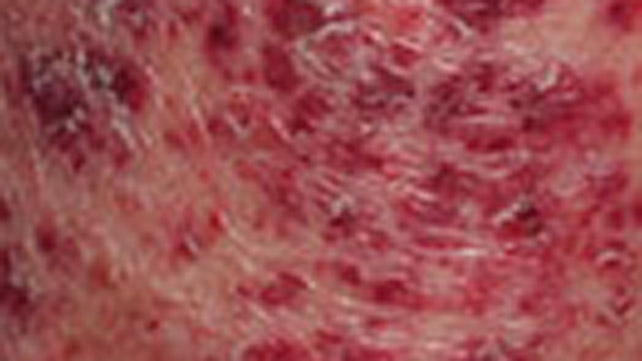 Myelodysplastic syndrome (MDS) has often been referred to as pre-leukemia or smoldering leukemia. But as only around one-third of people who have MDS progress to leukemia, this term is no longer widely used.

In this article, we explore the symptoms of MDS, complications, causes, and risk factors. We will also give a brief overview of diagnosis, treatment, and outlook for this condition.

MDS refers to a group of cancers that affects the blood cells and bones marrow.

MDS can refer to any one of a number of cancers that affect the blood cells and bone marrow.

The body creates new blood cells in the bone marrow, which is soft tissue found in the cavities of most bones.

If these blood cells develop abnormally, the body may not have enough new blood cells to work properly, and this can cause MDS.

Blood stem cells grow and then divide to become red blood cells, white blood cells or platelets. Each of the three types of blood cell has a unique function in the body. If these cells are damaged or reduced in number, it can have a negative impact on a person’s health.

Understanding what each of these cells do can help to explain the symptoms of MDS.

The early stages of MDS may have no obvious signs or symptoms.

A blood test is likely to show a reduced number of cells in the body or low cell count. If the cell count is particularly low, a person may begin to experience some or all of the following symptoms, depending on whether red blood cells, white blood cells, or platelets are affected.

Anemia is caused by a reduced number of healthy red blood cells. The signs of anemia are often related to a lack of oxygen getting to the organs and cells in the body.

Symptoms, ranging from mild to severe, may include the following:

It is important to be aware that anemia is a very common blood disorder that can be caused by several factors so may not be a symptom of MDS.

Anemia: Causes, symptoms, and treatments
Anemia is when the blood does not have enough hemoglobin or red blood cells. Learn more here.
READ NOW

The role of white blood cells is to fight disease and infection.

Frequent or unusually severe infections could be a sign that the white blood cells in the body are not working properly. A low white blood cell count that is below the normal range is referred to as neutropenia.

Platelets help the body to heal and the blood to clot.

A low level of platelets in the body is referred to as thrombocytopenia, and there are two main symptoms:

Possible signs of MDS could be having many more nosebleeds than normal, bruising after minor injuries, or experiencing bleeding gums.

Complications
A common complication of MDS is bleeding gums after dental work. Medical advice should be sought before making a dental appointment.

Infection and bleeding pose a risk to a person with MDS, so care should be taken to avoid injuries that could cause bruising or bleeding.

Dental work can often cause bleeding gums, and advice should be sought from a doctor before a dental appointment.

In around one-third of people, MDS will progress to acute myeloid leukemia (AML), which is a cancer of the blood cells.

Once someone has been tested for MDS, a doctor will judge how likely it is that the disease will progress to AML.

Treatment for MDS has some side effects, such as nausea and vomiting from chemotherapy, or fatigue and fever from immunotherapy. Side effects will depend on the treatment being given and will vary from person to person.

It is advised that people eat a healthful diet, exercise if they can, seek advice and support, and take time to relax when undergoing treatment.

Causes and risk factors of MDS

MDS can occur when blood cells and bone marrow become damaged and stop working as they should, but why this happens remains unknown.

Research on blood DNA has shown a link between genetic changes and blood disorders.

Certain genes contain information about how cells should grow and divide, and mutations in these genes can send the wrong information to cells, meaning they develop abnormally.

Also, risk factors for MDS often relate to chemicals or processes that could cause damage to cells or genes.

Although there are risk factors that make it more likely that a person could develop MDS, having a risk factor does not mean that they will get the disease.

The American Cancer Society suggest that risk factors for MDS might include:

Diagnosis and treatment
MDS may be diagnosed using a biopsy of the bone marrow.

The differences between each blood disorder classified as MDS will depend on which of the blood cells types are affected, and any changes to bone marrow.

The National Cancer Institute recognize eight different blood disorders. Specific testing can be used to identify which of these is present.

During testing for MDS, people can expect some or all of the following:

Treatment will be different for each person. It is likely to include supportive care that helps to relieve symptoms and side effects of MDS, such as a blood transfusion or antibiotics.

This care will be provided alongside treatments that sometimes include chemotherapy, immunotherapy, or hematopoietic cell transplant (HCT), which replaces unhealthy blood stem cells with healthy ones.