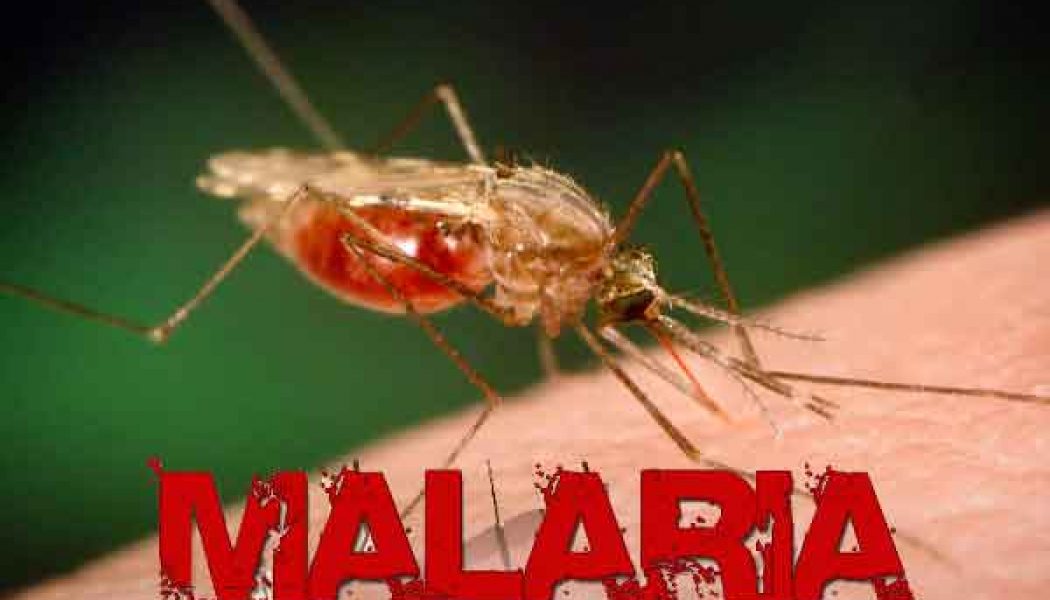 It is transmitted to humans through the bite of the Anopheles mosquito.

Once an infected mosquito bites a human, the parasites multiply in the host’s liver before infecting and destroying red blood cells.

In some places, malaria can be treated and controlled with early diagnosis. However, some countries lack the resources to do this effectively.

Currently, no vaccine is licensed for use in the United States or globally, although one is available in Europe.

Malaria was eliminated from the U.S. in the early 1950s, but between 1,500 and 2,000 cases still occur each year, mostly in those who have recently traveled to malaria-endemic areas.

Fast facts on malaria:Here are some key points about the malaria. More detail is in the main article.

Malaria is passed on by the Anopheles mosquito.

Over 100 types of Plasmodium parasite can infect a variety of species. They replicate at different rates, and this affects how quickly the symptoms escalate, and the severity of the disease.

Five types of Plasmodium parasite can infect humans. They are found in different parts of the world. Some cause a more severe type of malaria than others.

Malaria symptoms can be classified into two categories: uncomplicated and severe malaria.

This is diagnosed when symptoms are present, but there are no signs to indicate severe infection or dysfunction of the vital organs.

This form can become severe malaria if left untreated, or if the host has poor or no immunity.

Symptoms of uncomplicated malaria typically last 6 to 10 hours and recur every second day. Some strains of the parasite can have a longer cycle or cause mixed symptoms.

As symptoms resemble those of flu, they may be undiagnosed or misdiagnosed in areas where malaria is less common.

In uncomplicated malaria, symptoms progress as follows, through cold, hot, and sweating stages:

In areas where malaria is common, many patients recognize the symptoms as malaria and treat themselves without visiting a doctor.

Symptoms of severe malaria include:

Severe malaria can be fatal without treatment.

The successful development of the parasite within the mosquito depends on several factors, the most important being humidity and ambient temperatures.

When an infected mosquito bites a human host, the parasite enters the bloodstream and lays dormant within the liver.

The host will have no symptoms for an average of 10.5 days, but the malaria parasite will begin multiplying during this time.

An unaffected mosquito becomes infected once it feeds on an infected individual. This restarts the cycle.

Early diagnosis is critical for a patient’s recovery.

Anyone showing signs of malaria should be tested immediately.

The World Health Organization (WHO) strongly advise confirmation of the parasite through microscopic laboratory testing or by a rapid diagnostic test (RDT), depending on the facilities available.

No combination of symptoms can reliably distinguish malaria from other causes, so a parasitological test is vital for identifying and managing the disease.

In some malaria-endemic areas, such as sub-Saharan Africa, the disease’s severity can cause mild immunity in a large proportion of the local population.

As a result, some people carry the parasites in their bloodstream but do not fall ill.

Treatment aims to eliminate the Plasmodium parasite from the patient’s bloodstream.

Those without symptoms may be treated for infection to reduce the risk of disease transmission in the surrounding population.

Artemisinin-based combination therapy (ACT) is recommended by the WHO to treat uncomplicated malaria.

Artemisinin is derived from the plant Artemisia annua, better known as sweet wormwood. It is known for its ability to rapidly reduce the concentration of Plasmodium parasites in the bloodstream.

ACT is artemisinin combined with a partner drug. The role of artemisinin is to reduce the number of parasites within the first 3 days of infection, while the partner drugs eliminate the rest.

Expanding access to ACT treatment worldwide has helped reduce the impact of malaria, but the disease is becoming increasingly resistant to the effects of ACT.

In places where malaria is resistant to ACT, treatment must contain an effective partner drug.

The WHO has warned that no alternatives to artemisinin are likely to become available for several years.

There are several ways to keep malaria at bay.

Research to develop safe and effective global vaccines for malaria is ongoing, with one vaccinealready licensed for use in Europe. No vaccine is yet licensed in the U.S.

It is essential to seek medical attention for suspected symptoms of malaria as early as possible.

Travelers to places where malaria is prevalent should take precautions, for example, using mosquito nets.

While malaria is not endemic to the U.S., travel to many countries around the world entails a risk.

Travelers are advised to:

In emergency situations, local health authorities in some countries may carry out “fogging,” or spraying areas with pesticides similar to those used in household sprays.

The WHO points out that these are not harmful for people, as the concentration of pesticide is only strong enough to kills mosquitoes.

While away, travelers should, where possible, avoid situations that increase the risk of being bitten by mosquitoes. Precautions include taking an air-conditioned room, not camping by stagnant water, and wearing clothes that cover the body at times when mosquitoes are most likely to be around.

For a year after returning home, the traveler may be susceptible to symptoms of malaria. Donating blood may also not be possible for some time.