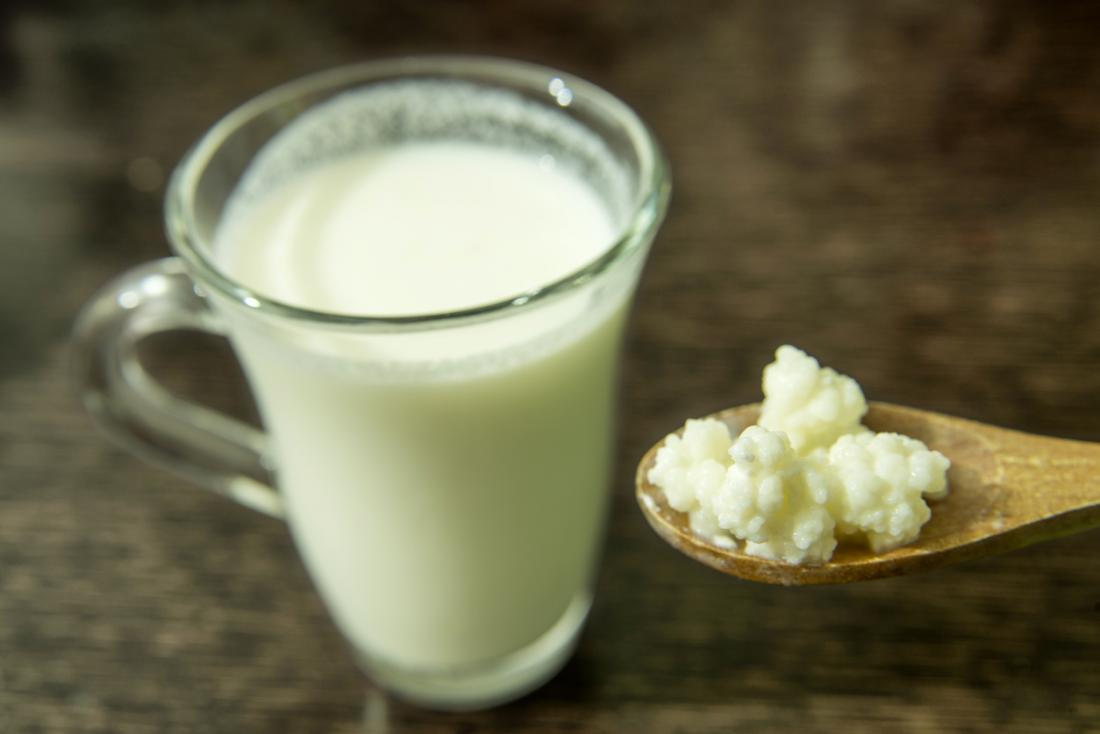 Researchers have found that adding Lactobacillus to the diets of mice with lupus-induced kidney inflammation – also known as lupus nephritis – led to improvements in kidney function and increased their survival, but only in female mice.

Lactobacillus are a type of “good” bacteria that reside in the digestive, urinary, and genital systems. These bacteria are also present in yogurt, kefir, and other fermented foods, as well as dietary supplements.

While further studies are needed to confirm the possible benefits of Lactobacillus, the researchers believe that their findings indicate that women with lupus and kidney inflammation may benefit from taking probiotics.

Study co-author Xin Luo, from the Department of Biomedical Sciences and Pathobiology at Virginia-Maryland College of Veterinary Medicine at Virginia Tech, and colleagues recently reported their results in the journal Microbiome.

What is lupus nephritis?

Lupus is an autoimmune disease estimated to affect more than 1.5 million people in the United States. While anyone can be affected by lupus, the condition is most common in women, who account for around 90 percent of cases.

In lupus, the immune system mistakingly attacks healthy cells and tissues, which can cause pain and swelling in the skin, joints, heart, kidneys, and brain, and other parts of the body.

According to the National Institute of Diabetes and Digestive and Kidney Diseases, as many as 5 in 10 adults with lupus will experience kidney damage, and around 10 to 30 percent of these patients will develop kidney failure.

Lupus nephritis is currently treated with immunosuppressant drugs, with the aim of preventing the immune system from attacking the kidneys. However, these medications may cause some adverse side effects, including increased risk of infection.

The new study, however, suggests that Lactobacillus should be further investigated as a possible therapy for women with lupus nephritis.

In previous research published in 2014, Luo and colleagues found that levels of Lactobacillus were reduced in the guts of mice with lupus.

This finding led them to hypothesize that increasing the amount of Lactobacillus in the gut could be one way of alleviating the symptoms of lupus, and they decided to test this theory with their new research.

The team then analyzed the fecal samples of the mice, in order to confirm that Lactobacillus levels had increased as result of the bacteria being added to their diets.

Further investigation revealed that the increase in gut Lactobacillus led to improvements in intestinal permeability – that is, it helped to prevent “leaky gut,” which is the seepage of toxins, microbes, and other intestinal products from the gut into the bloodstream.

“Lactobacillus treatment significantly decreased intestinal permeability in these mice,” say the authors, “and likely prevented detrimental bacteria and their antigens from penetrating the intestinal epithelium.”

What is more, Lactobacillus-treated mice showed suppression of pro-inflammatory factors in the lymphatic system, as well as improvements in the proportions of regulatory and pathogenic T cells. This, in turn, reduced kidney inflammation.

The researchers are unclear as to why male mouse models of lupus nephritis did not experience any benefits from Lactobacillus treatment, but they speculate that the male hormone testosterone could be to blame.

“We think that testosterone is suppressing the effect of the healthy bacteria,” says Luo. “Before our study, researchers had never looked at male hormones suppressing the probiotic effect before.”

The team says that further studies are now needed to determine whether or not their findings apply to humans, but they believe that Lactobacillus has the potential to benefit women with lupus nephritis.