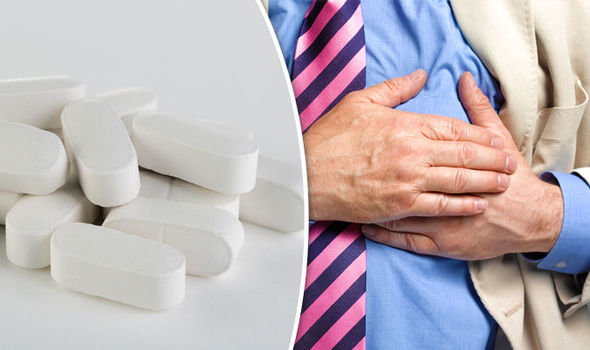 After examining laboratory test results taken within 90 days prior to a sudden cardiac arrest (SCA), researchers found cases had lower corrected calcium levels than matched controls, 80% of whom had a diagnosis of CAD (9.18 mg/dL vs 9.27 mg/dL, P=0.03).

“We believe we can’t use any one risk factor by itself,” but “this is an important first step toward using a set of easy-to-measure risk factors to improve the prediction of patients at risk of sudden cardiac arrest before it happens,” said coauthor and epidemiologist Dr Kyndaron Reinier

“This is the first report to show that low serum calcium levels measured close in time to the index event are independently associated with an increased risk of SCA in the general population,” observed Dr Hon-Chi Lee (Mayo Clinic, Rochester, MN) in an accompanying editorial[2].

Cases were significantly more likely than controls to be African American; to have diabetes mellitus, chronic obstructive pulmonary disease, and chronic kidney disease; and to be on hemodialysis and diuretics, especially loop diuretics.

Persons in the lowest corrected calcium quartile (<8.95 mg/dL) had more than twice the risk of SCA than those in the highest quartile (>9.55 mg/dL) after multivariate adjustment for demographic characteristics, comorbidities, LVEF, and potassium levels (OR 2.33, 95% CI 1.17–4.61).

When the researchers repeated the analysis excluding individuals on hemodialysis, the overall results were unchanged, with odds ratios of approximately 2.0.

Notably, corrected QT intervals were longer in cases than in controls (465 ms vs 425 ms, P<0.001), lending support to the possibility that life-threatening arrhythmias can occur when serum calcium levels are low enough.

The researchers can’t say how low is too low, but Reinier said, “I think what’s interesting with these findings is that we’re seeing a possible doubling of risk even when calcium levels are within what’s considered to be a normal range. These are not extremely low levels.”

Other possible explanations for the findings include the association between low calcium levels and heart failure and diastolic dysfunction; low calcium levels may paradoxically increase overloading of intracellular calcium, which could potentiate cell death during ischemic episodes; and they may increase parathyroid hormone levels, which also have been linked with deleterious CV effects.

“We’re hoping that we can combine biomarkers such as electrolytes, QT interval, and heart rate to better predict SCA risk, but I’d caution against saying these can be used in the general population,” Reinier said. “But in an intermediate-risk population, those with risk factors if not overt cardiovascular disease, combining biomarkers may be really effective.”

Limitations of the study are potential residual confounding, the use of a single calcium measure rather than serial measurements, and lack of complete data on drug therapies, she said.

Lee said the results should be interpreted with caution but that serum calcium levels should be examined and followed longitudinally more carefully.

inally, more research is needed to determine whether patients in the lowest quartile of serum calcium would benefit from higher calcium intake or calcium supplementation, he said. Currently, increased oral intake of calcium is not recommended, as studies have shown mixed results regarding oral calcium intake and cardiovascular risk.

The study was funded in part by grants from the National Heart Lung and Blood Institute to senior author Dr Sumeet Chugh. The study authors and Lee report no relevant financial relationships.