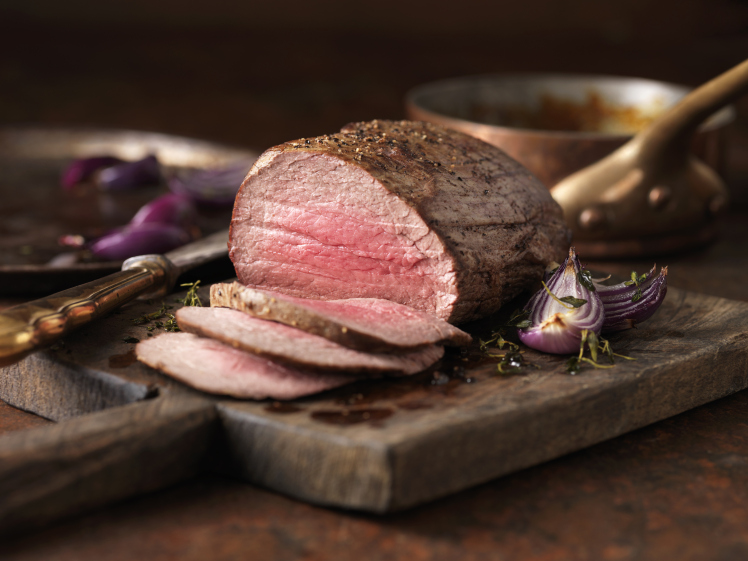 Eating little or no red meat during pregnancy has been linked to substance use in offspring in new research findings.

The cohort study of more than 5000 adolescents showed that children of mothers who consumed less meat during pregnancy were at significantly greater risk for alcohol and tobacco use by the age of 15 years and were 2.5 times more likely to consume cannabis, compared to their counterparts whose mothers ate meat daily while pregnant.

“We thought that fish would protect the kids from substance use problems, but we were wrong. It was when mothers ate more red meat,” Dr Hibbeln told Medscape Medical News.

“That protected the children when they were teenagers in a dose-response pattern for substance use, which was surprising. And we were able to validate that using a technique of looking at variants in the transporter for vitamin B12.”

Role for B12 Supplementation?

“Vegetarian dietary patterns are associated with improved health outcomes among adults and, in addition, have strong ethical imperatives including promotion of sustainability, food security and reducing industrialized production of animals,” the investigators note.

However, they also point out that “avoidance of nutrient-dense meats can decrease intake of cobalamin, iron, omega-3 fatty acids, selenium, and zinc, particularly in young women of childbearing age.”

“[I]nadvertent nutritional deficiencies during pregnancy may result in residual neurodevelopmental harms to offspring,” the authors write.

The population-based Avon Longitudinal Study of Parents and Children (ALSPAC) enrolled 14,541 pregnant women who lived in the United Kingdom and whose expected dates of delivery were between April 1991 and December 1992.

All filled out the Food Frequency Questionnaire. TCN2 genotyping was conducted, and biomarkers of iron status were measured.

For the current analysis, the researchers assessed 5109 offspring who were about 15 years of age at the time of a clinic visit. The adolescents were asked via electronic questionnaire about current substance use.

Results showed no significant associations between the three substance use outcomes (alcohol, tobacco, and cannabis use) and traditional, processed, or confectionary maternal dietary patterns.

Table. Risk for Substance Use in Never vs Daily Meat Consumption Groups

“Given the likelihood of residual confounding, potential causality was evaluated using stratification for maternal allelic variants that impact biological activity of cobalamin (vitamin B12) and iron,” the investigators report.

Iron metabolism variants in the mothers were not significantly associated with their offsprings’ substance use.

“In identifying vitamin B12 insufficiencies as highly likely to have a contributing role to our findings, greater meat consumption need not be advised to modify the risk,” write the researchers

Instead, using supplements or vegetarian sources of cobalamin “may be low cost and readily feasible interventions.”

However, Dr Hibbeln noted, “this is still an association study” and does not show causation. Still, “for pregnant women, it would be prudent to follow the US dietary guidelines and make sure they have a good vitamin B12 status,” he said.