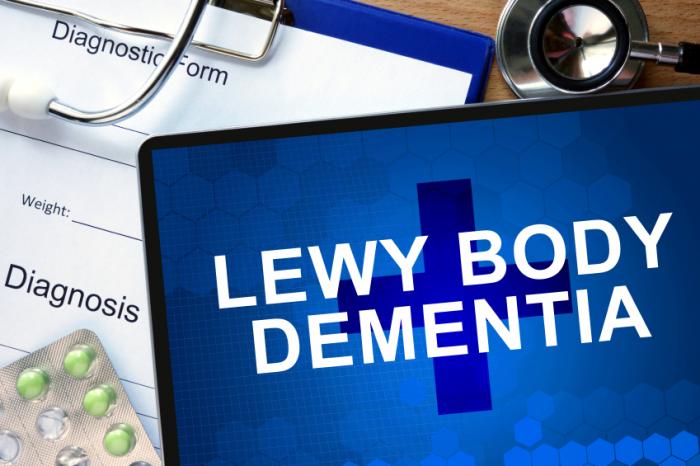 It was recently revealed that late actor Robin Williams had Lewy body dementia, which his widow believes was responsible for his death.

“Lewy body dementia is what killed Robin,” Susan told ABC News. “It’s what took his life and that’s what I spent the last year trying to get to the bottom of, what took my husband’s life.”

Susan explained that it was during Williams’ autopsy that a coroner found signs of Lewy body dementia (LBD), and doctors who analyzed the autopsy report told her it was one of the most severe cases they had ever seen.

But why was his condition not spotted earlier? After all, LBD is the second most common form of progressive dementia, affecting around 1.3 million Americans, mostly those aged 65 and older.

Despite its prevalence, however, the disease is also the most misdiagnosed form of dementia.

According to the Lewy Body Dementia Association (LBDA), its takes an average of three doctors and more than 18 months to correctly diagnose LBD. Most doctors fail to recognize the signs of LBD; the symptoms are very similar to Alzheimer’s disease and other neurodegenerative disorders, such as Parkinson’s disease.

In this Spotlight, we take a look at what LBD is, the signs and symptoms of the disease, the treatment options, why the condition is so frequently misdiagnosed, and what is being done to raise awareness of this potentially devastating condition.

Lewy bodies are found in both Parkinson’s and LBD, but for each condition, they are located in different regions of the brain. In Parkinson’s, Lewy bodies are primarily found in the substantia nigra region, while they are mainly found spread throughout the cerebral cortex in people with LBD.

While it is unclear exactly how Lewy bodies develop, their build-up in the brain has been linked to reduced levels of neurotransmitters – particularly acetylcholine and dopamine – nerve cell damage and loss of brain tissue.

This overlap has led some researchers to believe LBD and Parkinson’s is triggered by the same abnormalities in the way the brain processes the protein alpha-synuclein.

Some individuals with LBD and Parkinson’s with dementia may also have beta-amyloid plaques and tau tangles in their brain, which are hallmarks of Alzheimer’s disease.

The signs and symptoms of LBD

Problems with attention and alertness are very common among people with LBD, and the severity of these symptoms fluctuate frequently throughout the day.

Similar to individuals with Alzheimer’s, people with LBD may experience cognitive impairment – particularly memory loss – though this is likely to be less prominent than with Alzheimer’s.

Behavioral and mood symptoms, such as anxiety and depression, may occur with LBD.

Around two thirds of people with LBD experience movement disorders similar to those seen in Parkinson’s – including slowed movement, tremors, rigid muscles and shuffling movements when walking – and this worsens as the disease progresses.

Sleep disorders are another common symptom of LBD, as are changes in autonomic body functions, such as blood pressure, temperature and bowel function.

Depression, anxiety, agitation and other behavioral and mood symptoms may also occur in people with LBD.

Susan Williams explained how her husband displayed a mix of different symptoms – including hallucinations, anxiety, depression, sleeplessness and impaired movement – which rapidly worsened in the months before his death.

“They present themselves like a pinball machine,” she told People magazine. “You don’t know exactly what you’re looking at.” And this is one of the many reasons why it is so difficult to diagnose LBD.

There is no single test for LBD. As with other forms of dementia, diagnosis of LBD relies on clinical evaluation, in which a health care professional will assess a patient’s physical and neurological symptoms and make a professional judgment as to whether they may have the condition.

Many medical professionals are unfamiliar with LBD, which means a patient may see several doctors before being diagnosed with the condition.

The National Institute on Aging (NIA) recommend seeking out a neurologist for an LBD diagnosis, as they are more likely to be skilled in that area. If this is not possible, then a geriatric psychiatrist, a neuropsychologist or a geriatrician may also have experience with diagnosing LBD.

To reach a diagnosis of LBD, a medical professional will typically conduct a series of tests to rule out other conditions. They may conduct a neurological examination, which may involve tests of reflexes, eye movements, balance and sense of touch.

They may also assess a patient’s mental abilities and conduct a series of blood tests – to rule out vitamin deficiency associated with poor brain function, for example – and brain scans, such as magnetic resonance imaging (MRI) and computed tomography (CT), which can rule out brain tumors and check for signs of Alzheimer’s.

However, doctors are unable to reach a definitive diagnosis using these tests. At present, only a brain autopsy after death can diagnose LBD with certainty.

80% of LBD patients are misdiagnosed

Lack of a diagnostic test and the fact that LBD presents so many symptoms that are associated with other conditions means the disease is very difficult to spot.

A recent survey from the LBDA of almost 1,000 LBD caregivers revealed that nearly 80% of people with LBD were initially diagnosed with a different neurological condition, with more than 50% of these being mistakingly diagnosed with Alzheimer’s

A recent survey found patients had to see an average of three doctors before being correctly diagnosed with LBD.

What is more, the survey revealed that patients had to see an average of three doctors before receiving the correct LBD diagnosis, and 15% of patients saw at least five doctors before being accurately diagnosed.

However, the results revealed that it took longer than 1 year for a correct diagnosis for 50% of LBD patients, with 20% of these only receiving an accurate diagnosis after 3 years.

The LBDA put the delayed diagnosis of LBD down to a number of factors, including lack of LBD awareness among physicians – particularly primary care physicians and other general health care providers. “Despite the complexity of LBD diagnostic criteria, the four most common causes of dementia – Alzheimer’s disease, LBD, stroke and frontotemporal dementia – should become core knowledge for all general physicians,” they note.

The LBDA also point out that mild symptoms of the condition – such as poor sleep – may go unreported by the LBD patient or their caregiver, as they may consider them unrelated.

“Caregiver observations are valuable to the LBD diagnostic process, and the creation of caregiver questionnaires may lead to earlier LBD diagnosis,” they explain.

A comprehensive treatment approach for LBD

As with other forms of dementia, the earlier an LBD diagnosis is made, the greater the likelihood of successful disease management.

“Recognizing LBD at its earliest stage is critical not only for an accurate diagnosis by the appropriate specialist, but also because it is important for a patient with LBD to be managed by an expert familiar with dementia in general and LBD in particular,” says Dr. Howard I. Hurtig, of the Perelman School of Medicine at the University of Pennsylvania.

A correct LBD diagnosis is crucial in order for medical professionals to determine how the patient’s condition can be managed, as treatment is dependent on the type of symptoms shown.

However, the LBDA stress that patients with LBD are very sensitive to certain medications, and some drugs prescribed to treat some symptoms may exacerbate others or cause severe side effects. Antipsychotic drugs to treat hallucinations, for example, can worsen movement disorders.

As such, LBD treatment normally involves a comprehensive approach in which a number of health specialists collaborate to decide the best therapeutic options for a patient.

Some patients with may also benefit from non-medical therapies, such as physical therapy for movement problems or psychotherapy for behavioral problems.

While there is currently no universal treatment for LBD, researchers are gradually stepping closer to finding one. Medical News Today recently reported on a study published in Stem Cell Reports in which scientists improved motor and cognitive impairments in mice with LBD through stem celltransplantation.

It is clear that lack of LBD awareness is contributing to delayed diagnosis of the condition, meaning many people with the condition are going untreated.

Organizations around the globe are working hard to raise awareness of the condition among the general public and health care professionals.

The LBDA, for example, have launched The LBD Awareness Movement, in which the organization provides ongoing advice and awareness materials to physicians and the general community.

October has also been designated as LBD Awareness Month, where the LBDA encourage the public to take part in fundraising activities to raise money for LBD research and support for patients with LBD and their families.

There is no doubt that the current media coverage surrounding Robin Williams’ LBD has also helped to raise awareness of the condition, with the LBDA website crashing shortly after Susan Williams spoke to Good Morning America about his illness.