How Much Do Doctors in Other Countries Make? 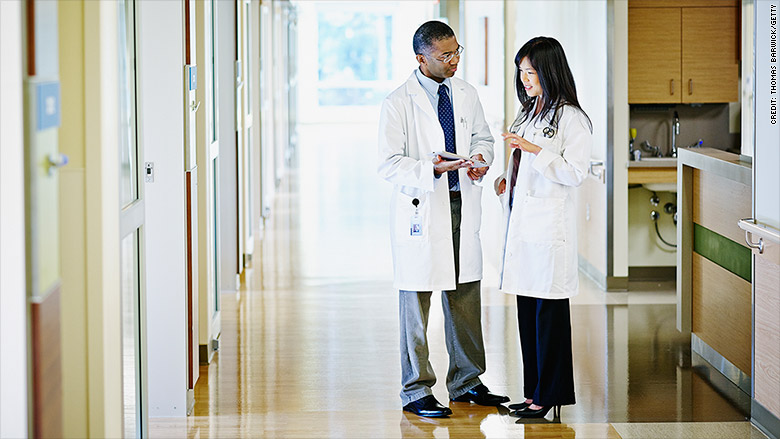 In response to Uwe Reinhardt’s recent post on “rationing” doctors’ salaries, a number of readers wrote in asking about physician compensation in other countries.

Doing a direct comparison of remuneration across different countries is tricky because the same salary may allow for different standards of living in different places.

But here are two possible ways to think about these comparisons, taken from a 2007 Congressional Research Service report entitled “U.S. Health Care Spending: Comparison with Other OECD Countries.”

One way to compare cross-country data is to adjust the salaries for purchasing-power parity — that is, adjusting the numbers so that $1,000 of salary buys the same amount of goods and services in every country, providing a general sense of a physician’s standard of living in each nation.

These numbers are in the second, fourth and sixth columns of the chart below.

They show that American general practitioners and nurses earn more than their counterparts in other developed countries, and American specialists are close to the top of the pack.

Another way is look at how a doctor’s salary compares to the average national income in that doctor’s country — that is, gross domestic product per capita. These numbers are in the third column, fifth and seventh columns of the chart.

As a country’s wealth rises, so should doctors’ pay. But even accounting for this trend, the United States pays doctors more than its wealth would predict:

According to this model, the 2007 report says, “The U.S. position above the trendline indicates that specialists are paid approximately $50,000 more than would be predicted by the high U.S. GDP. General practitioners are paid roughly $30,000 more than the U.S. GDP would predict, and nurses are paid $8,000 more.”

But it’s important to keep in mind, the report notes, that health care professionals in other O.E.C.D. countries pay much less (if anything) for their medical educations than do their American counterparts. In other words, doctors and nurses in the rest of the industrialized world start their medical careers with much less student loan debt compared to medical graduates in the United States.