Here’s Why Cheaters Often Do It More Than Once 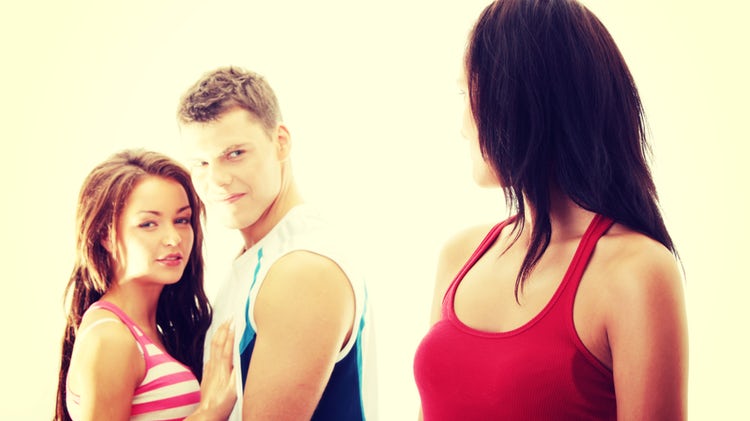 “Once a cheater always a cheater” isn’t just a common saying: according to a recent study, it may be a scientific fact. The research found that people who cheat in their first relationships are far more more likely to cheat in their next ones, when compared to those who have always stayed faithful.

In fact, having sexual relations with someone other than your partner in your first relationship makes you up to three times more likely to cheat on your next partner. People don’t become serial cheaters because they’re bad people; they do so because cheating desensitizes the brain from the negative emotions associated with lying, The Independent reported of the research

“What our study and others suggest is a powerful factor that prevents us from cheating is our emotional reaction to it, how bad we feel essentially, and the process of adaptation reduces this reaction, thereby allowing us to cheat more,” explained study co-author Neil Garrett, Elite Dailyreported. “With serial cheaters, it could be the case that they initially felt bad about cheating, but have cheated so much they’ve adapted to their ways and simply don’t feel bad about cheating any more.”

The study, published online the journal Archives of Sexual Behavior, is based on the results of 484 participants in mixed-gender romantic relationships. Considering the harm that cheating may cause both partners, what actually happens in the brain when someone lies, and how does lying become so easy?

What Happens When You Lie?

Although lying comes naturally to a few, most people’s brains are equipped with an anti-lying mechanism we call the conscience. When we lie, we feel bad, and this prevents us from wanting to do it again. However, for some, lying repeatedly lessens the guilt they feel from misleading others. The researchers saw this occur physically in test subjects. For example, when participants were asked to lie in a test scenario, the amygdala, the area of their brain associated with emotions, lit up. However, after repeated lies, this increased activity response weakened, Business Insider reported.

We don’t know for sure if the same weakened response occurs when cheaters lie in real life, as we’ve never taken scans of people as they fib while lying in their lover’s arms. However, the researchers suspect the same mechanism is at play, which is why cheating comes more naturally after it’s been done a few times.

Of course, some people, like psychopaths, may not feel guilt or remorse at all, and they may cheat for the thrill of it. For the rest of us, unless you want to establish a pattern, it’s best to avoid cheating in the first place.