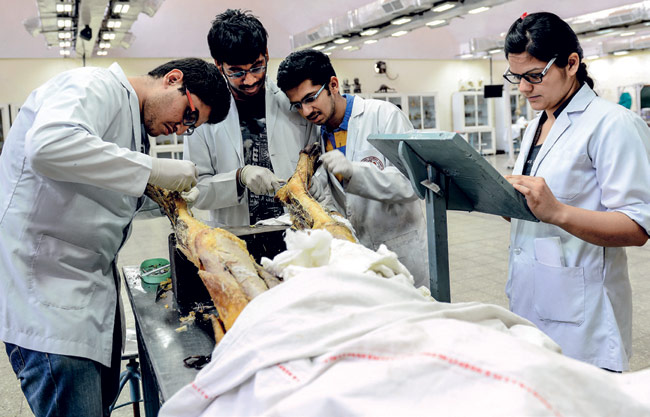 Union Health Minister J P Nadda today said that government is upgrading all the existing medical colleges and setting up many more across the country.

The government is building super speciality blocks in 70 medical colleges and upgrading 58 district hospitals to medical colleges, Nadda said while speaking at the 34th convocation function of PGIMER here, where Prime Minister Narendra Modi was the chief guest.

“We are expanding the network of our medical colleges in a big way by upgrading 58 district hospitals to medical colleges. Also, twenty state cancer institutes and 50 tertiary cancer care centers are being set up. Our government’s vision is delivery of quality tertiary care services to our citizens,” he said.

Punjab and Haryana Governor, Kaptan Singh Solanki, BJP MP from Chandigarh and actor, Kirron Kher and Union Health Secretary, Bhanu Pratap Sharma, were among the others present on the occasion.

Nadda said the BJP-led government attaches a lot of importance to tertiary care and medical education.

“We have announced ten new AIIMS like institutions in various parts of the country,” he said.

He also said that PGIMER Chandigarh has been constantly upgrading its capacities in patient care, medical education and health research.

“The institution is conducting one of the most successful postgraduate programmes in the country with a capacity to train over 900 doctors every year in postgraduate and super specialities.

People of the entire northern region comprising Punjab, Haryana, Himachal Pradesh and Jammu and Kashmir and parts of Uttarakhand bank upon this institute for high quality tertiary care services…PGI Chandigarh is working towards full implementation of e-hospital,” Nadda said.