A team of 30 Spanish doctors claim to have successfully performed the world’s first full face transplant.

The ground-breaking operation was carried out last month on a young man whose face had been disfigured in an accident.

While face transplants have been carried out in the past they have only been partial.

Doctors in Barcelona who performed the latest surgery said that it was the first full face transplant to be carried out anywhere in the world.

The gruelling operation took 24 hours in total to perform on March 20.

Before the surgery, the man, a farmer in his thirties, had been unable to swallow, speak or breathe properly after accidentially shooting himself in the face in 2005.

The man, who has not been named, is expected to remain in hospital for at least two months.

A statement released by Barcelona’s Vall d’Hebron University Hospital, where the operation was carried out, said: “(The patient) had been operated on nine times without satisfactory success, therefore he was considered for full face transplant.

“This is the first full face transplant performed worldwide, as the 10 operations performed previously had been only partial.”

The world’s first face transplant was carried out on a French woman, Isabelle Dinoire, in 2005.

She had been ravaged by her dog and received new facial tissue as well as a new nose and mouth.

Since then there have been a number of such operations, including in China and America.

In 2008 an American woman, Connie Culp, received what was at that point the most extensive face transplant ever performed.

As well as skin she received bone, muscle and blood vessel and nerve transplants.

Prof Peter Butler, head of the UK’s Facial Transplantation Research Team, has been ready to perform a full face transplant for several months.

His team, based at the Royal Free Hospital in North London, has ethical permission to perform four face transplants.

He praised the work of the Spanish team, led by Dr Joan Pere Barret.

He said: “We congratulate Dr Barret and his transplantation team in Spain on what may well be the most complex facial transplantation operation carried out so far worldwide.

“Secondly I would like to wish the patient well for the future.

“We must also remember the family of the donor who, we understand, has helped not only the facial transplantation patient, but others, with various forms of organ donation.

“To help others, not only to live but to have a good life, is a supreme act of human generosity.” 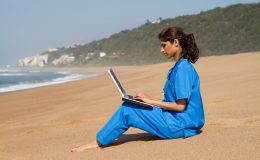 Physicians, Too Busy for Vacation? Try These 3 Tips

When life gets incredibly busy and stressful, most of us think “I sure could use a vacation.” But if you’re anything like me, your next thought is probably, “I’m way too busy to take a vacation.” Last year, a nonprofit advocacy organization called Project: Time Off released a study that … 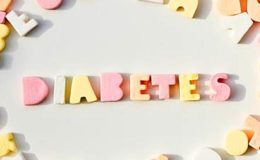 Diabetes, often referred to by doctors as diabetes mellitus, describes a group of metabolic diseases in which the person has high blood glucose (blood sugar), either because insulin production is inadequate, or because the body’s cells do not respond properly to insulin, or both. Patients with high blood sugar will … 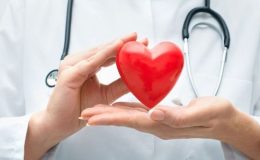 All You Need To Know About Heart Transplant

Introduction to heart transplant The idea of replacing a bad organ with a good one has been documented in ancient mythology. The first real organ transplants were probably skin grafts that may have been done in India as early as the second century B.C. The first heart transplant in any …