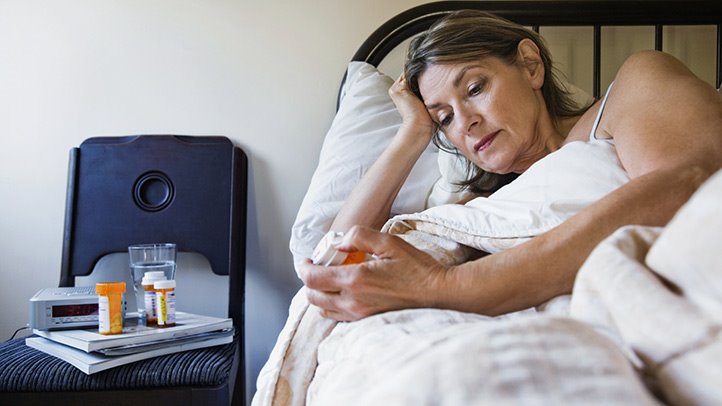 With the onslaught of hot flashes, night sweats and irritability, there’s really never a time that women look forward to menopause. But new research published in the journal Diabetologia indicates that early menopause is associated with a higher risk of developing Type 2 diabetes.

In a study of 3,639 women who did not initially have Type 2 diabetes, 348 developed the condition within a median time frame of nine years. Those who began menopause before 40 were nearly four times more likely to be diagnosed with the disease compared to women who were menopausal after 55. Once women reached 40 to 44 years old before starting menopause, their chances of developing diabetes was roughly two times higher. From 45-55, the subjects’ chances were even lower, making them only 60 percent more likely to get the disease than the after-55 set. Researchers think that for every year a woman delays menopause, her chances of developing Type 2 diabetes declines by roughly 4 percent.

This discovery is based off prior data obtained from a longitudinal study in Rotterdam, Netherlands. More than 3,900 women over the age of 45 were included and participants went in for an exam every three to five years. Everyone completed at-home questionnaires about their period – women were considered to be menopausal after one year without a menstrual cycle. Researchers then looked at the incidence rate of diabetes in correlation to the age women stopped having their periods. To rule out underlying factors, researchers looked at detailed reports on each person’s health, including medical history, medicine use, smoking, socioeconomic and educational status, alcohol consumption, blood pressure and heart disease.