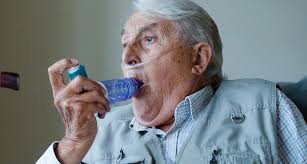 New use of long-term inhaled bronchodilators is associated with an early increase in the risk for cardiovascular disease (CVD), the findings of a new study suggest.

The findings suggest that clinicians should “be very vigilant with regard to any cardiovascular symptoms within 30 days of initiating LABA or LAMA treatment for COPD,” they warn.

After those initial 30 days, however, the risk for CVD associated with the use of long-acting bronchodilators appeared to wane.

The cohort consisted of patients aged 40 years or older who had made two outpatient visits or one inpatient visit for COPD within 1 year between January 1, 2008, and June 30, 2011, and had filled at least one prescription for a COPD medication at each visit. Participants were followed until their first CVD outcome (coronary heart disease, cardiac arrhythmia, heart failure, or ischemic stroke), withdrawal from the National Health Insurance program, death, or the end of the study period on December 31, 2011.

The authors used conditional logistic regression analysis to calculate the odds ratio (OR) of CVD associated with LABA or LAMA use. Covariates accounted for in the analysis included CVD risk factors (such as hypertension, diabetes, hyperlipidemia, and prior CVD) and proxy indicators of COPD severity (such as outpatient visits for COPD accompanied by prescriptions for corticosteroids or respiratory antibiotics).

The final sample consisted of 37,719 patients who had been diagnosed with severe CVD. Each patient was matched with 4 randomly selected patients without CVD, according to disease risk score (±0.01) and cohort entry date, for a total of 146,139 controls.

All patients and controls who had used long-acting bronchodilators were classified according to how recent that use was: current (use within 30 days or less), recent (use within 31 to 90 days), past (use within 91 to 180 days), or remote (use within more than 180 days). In each category, the members were further subdivided into “new” users (no record of any other use within the 31 to 365 days before their cardiovascular event), and “prevalent” users (everyone else).