During Eclipse, ‘Your Eye Can Scorch’ 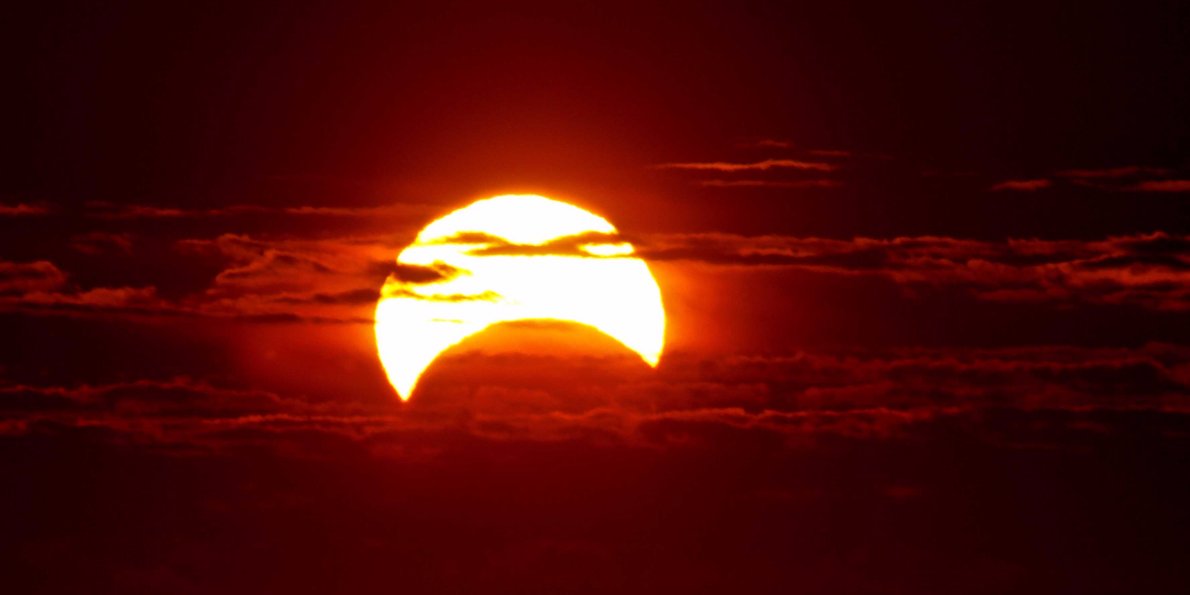 “I have one patient in his 60s who looked at the sun through a telescope when he was 9 years old and still has a central block in his vision,” says Van Gelder, chairman of the ophthalmology department at the University of Washington Medical School.

Your eyes wouldn’t burst into flames. The impact of the sun’s rays is more like a branding iron. “The eye is actually a magnifier, and it is about 3 or 4 times stronger than most hand-held magnifying glasses,” Van Gelder says. And just as a magnifying glass can focus the energy of sunlight enough to set a piece of paper on fire, sunlight focused through the lens of your eye can scorch your retina with little or no warning.

Millions will turn their eyes toward the sky on Aug. 21 as a total solar eclipse crosses North America for the first time in nearly a century.Doctors and astronomers are warning people to protect their eyes from the sun, which will be able to damage them until the moon covers it completely. Ahead of the eclipse, they’re trying to get the word out about proper protective glasses — and warning consumers to beware of fakes.

“Even short periods gazing at the sun can cause damage,” says Van Gelder. “With the appropriate protection and knowing when it’s safe and not safe to look at the eclipse, you can still enjoy this pretty remarkable celestial event.”

First in More Than a Generation

A solar eclipse happens when the moon passes directly between the Earth and the sun, casting its shadow on our planet. A total solar eclipse happens when the moon completely obscures the sun. This month’s event will be the first total eclipse visible from North America since 1979, and the first to cross from coast to coast since 1918, according to NASA.

“A total eclipse of the sun only covers less than a percent of the Earth’s surface, so most of the time it goes over the ocean or unpopulated areas or places that are on the opposite side of the world,” says Rick Fienberg, press officer for the American Astronomical Society.The last North American eclipse covered only a portion of the U.S. Northwest and western Canada. But this time, viewers in a 70-mile-wide swath from Oregon to South Carolina will see a total eclipse, while a partial eclipse will dim the entire continent. Excitement is building along the route, with thousands of events planned

A Hole in the Retina

It’s a bad idea to look at the sun even when it’s down to a tiny sliver of its normal disk, says Van Gelder, the University of Washington ophthalmologist. The biggest danger is called solar retinopathy, when intense sunlight burns a hole in the retina — the inner surface at the back of the eyeball where nerve cells pick up images.

“There are no pain fibers in the eye, so people don’t know they’re injuring their eye,” Van Gelder says. And based on the number of cases seen after a 1999 eclipse passed over southeastern England, “We could be looking at quite a few people, into the thousands, who develop solar retinopathy if appropriate precautions are not taken,” he says.Fienberg says normal sunglasses block about half the light that strikes their lenses, but properly manufactured protective glasses used to view an eclipse will block all but a thousandth of 1% of that light. They’re required to meet an international standard, known as ISO 12312-2, and that number is marked on the glasses.

However, the American Astronomical Society recently warned that many vendors are selling glasses that don’t meet that standard — even if they say they do. The organization is urging anyone looking for eclipse glasses to go through its own website for a list of sellers whose products have been certified to be safe.

“If you do a Google search for eclipse glasses, you’ll get dozens and dozens and dozens of sites that claim to be selling ISO-certified solar eclipse glasses, and many of them are bogus,” Fienberg says. “If the company you want to order from is not listed on the American Astronomical Society eclipse website, on our reputable vendors page, you should not buy from them.”

How to Watch Safely

Other eclipse-watching tips from the experts include: