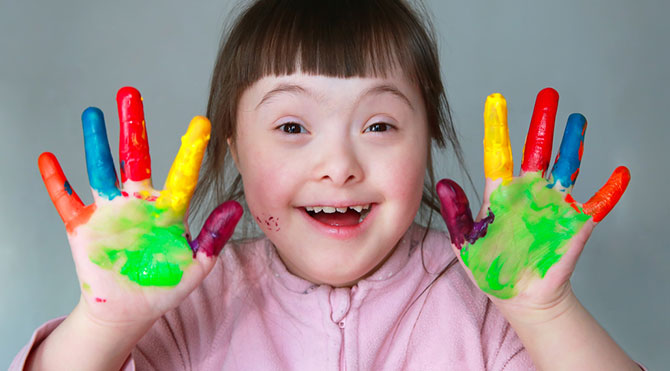 Down syndrome is a genetic disorder caused when abnormal cell division results in an extra full or partial copy of chromosome 21. This extra genetic material causes the developmental changes and physical features of Down syndrome.

Down syndrome varies in severity among individuals, causing lifelong intellectual disability and developmental delays. It’s the most common genetic chromosomal disorder and cause of learning disabilities in children. It also commonly causes other medical abnormalities, including heart and gastrointestinal disorders.

Better understanding of Down syndrome and early interventions can greatly increase the quality of life for children and adults with this disorder and help them live fulfilling lives.

Each person with Down syndrome is an individual — intellectual and developmental problems may be mild, moderate or severe. Some people are healthy while others have significant health problems such as serious heart defects.