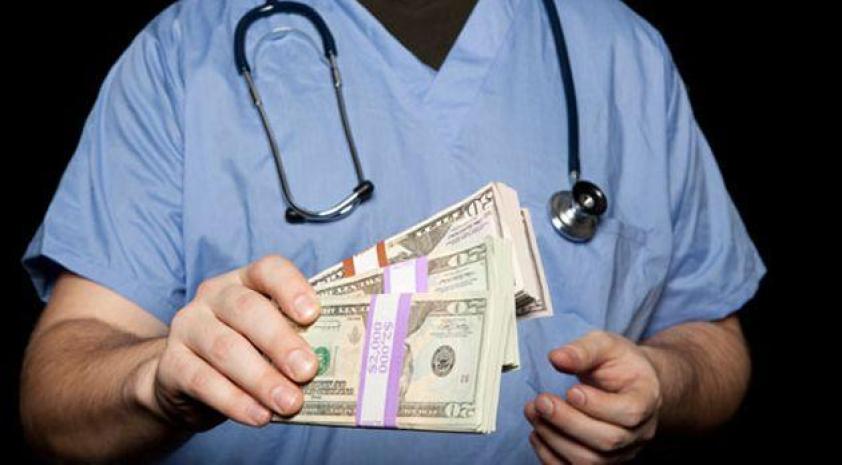 The highest  paid doctor in NHS is earing $800,000 a year, according to new figures showing a $20,000 pay gap between male and female consultants.

The statistics show just five out of the 100 top-earning NHS consultants in England are female, despite women making up a third of the total workforce.

And six times as many men as women were paid the highest bonuses, worth more than $80,000 each.

The figure is two and a half times the earnings of the highest paid woman.

The pay gap shrank to $2,000 when overtime and bonuses were stripped out.

Last year the Telegraph revealed that four times as many bonuses are being paid to male consultants, compared with those for women.

In the NHS, basic pay for consultants is topped up by a system of merit awards, which can be worth almost at least as much.

It means a consultant earning the maximum $110,000 NHS salary could be paid up to $80,000 more in annual bonuses, plus any income from private work.